The Truth About The Song “Landslide” By Stevie Nicks 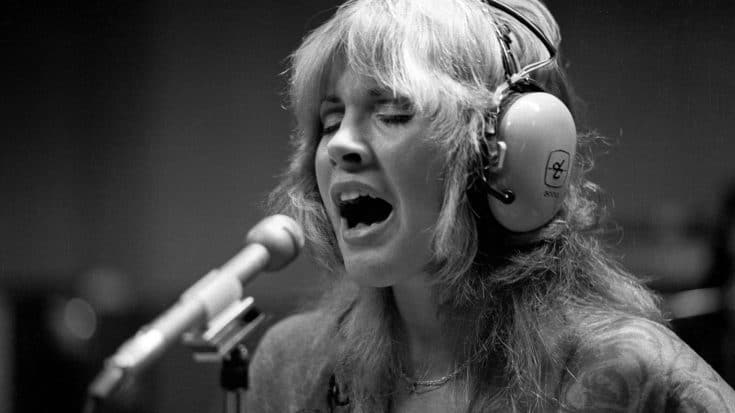 As a songwriter, Landslide is one of Stevie Nicks’ finest pieces – and she wrote it in just five minutes! It was originally featured on Fleetwood Mac’s self-titled 1975 album and on 2013, has already sold over a million copies worldwide. Even four decades after its first release, it remains one of the band’s most enduring songs. It’s a fan favorite too and it was a staple in their repertoire for almost every tour.

It has also been covered numerous times – the most notable versions include those from The Smashing Pumpkins and Dixie Chicks.

Stevie wrote it in 1973 while she and Lindsey Buckingham were visiting Aspen, Colorado. The Buckingham Nicks has recently been dropped and Lindsey was about to hit the road. She was at a crossroads.

“I was perfectly delighted to work and support us so that Lindsey could produce and work and fix our songs and make our music. But I had gotten to a point where it was like, “I’m not happy. I am tired. But I don’t know if we can do any better than this. If nobody likes this, then what are we going to do?””

She stayed in Aspen for a few months until she had everything sorted out – mostly, what she wanted to do with her life. She had two choices – go back to school or continue pursuing her passion. And as we know, she followed her heart.

“So during that two months I made a decision to continue. “Landslide” was the decision. [Sings] “When you see my reflection in the snow-covered hills”—it’s the only time in my life that I’ve lived in the snow. But looking up at those Rocky Mountains and going, “Okay, we can do it. I’m sure we can do it.” In one of my journal entries, it says, “I took Lindsey and said, We’re going to the top!” And that’s what we did. Within a year, Mick Fleetwood called us, and we were in Fleetwood Mac making $800 a week apiece (laughs). Washing $100 bills through the laundry. It was hysterical. It was like we were rich overnight.” – Stevie Nicks via Performing Songwriter magazine, 2003

Now we know what the “mountain” means and how Stevie rose above the obstacles in her life. And how she questioned whether she can actually make it when everything tumbled down. At the end of the day, rising up is what matters.

Can you imagine if Stevie packed up her bags and turned her back on music? She clearly made the right choice and it only made this song more inspiring.