The Truth About Freddie Mercury’s Relationship With His Bandmates 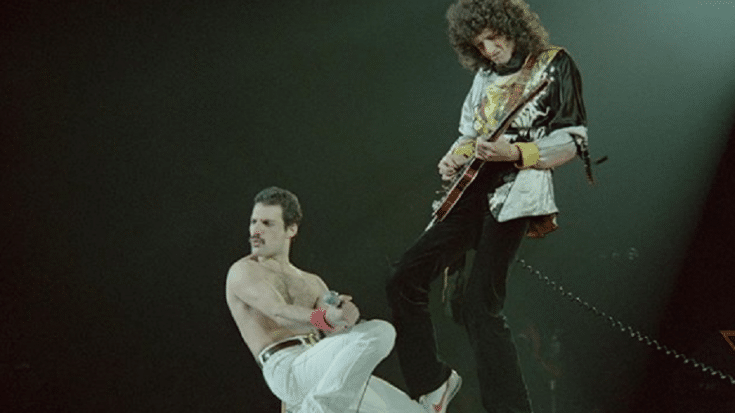 More Than An Icon

For fans, Freddie Mercury was this larger-than-life persona who could belt out to the highest notes with ease and easily capture and hold everyone’s attention. Off stage, he was more than that. Although they had their share of ups and downs, highs and lows, his band members were not just people he worked with on a daily basis. In more ways than one, they were his family – in the recording studio, on the road.

He was a creative genius but when he’s not Freddie Mercury the Rockstar, he’s a charismatic, kind guy who kept the group together.

While they liked Freddie enough, Brian May and Roger Taylor weren’t exactly sure he was singer/frontman material. Over time, they realized his musical brilliance.

“We took it on faith somehow. His personality was so strong. We didn’t see a great singer or musician first of all: he was very wild and unsophisticated. We just saw someone who had incredible belief and charisma, and we liked him…

I think the first time it struck me was in the studio when Freddie was listening to his voice come back, going, “No, that won’t do,” and just working and working. He was exceptional, and there was a very quick period, you could almost have blinked and missed it, where he learned to harness his technique.” – Brian May

With his strong onstage persona, a lot of people mistook him for someone who had everyone wrapped around his finger. One snap and they’d all be scurrying to follow his bidding. But the truth was far from that. Sure in the studio he may be a perfectionist who won’t stop until he got everything right but when it comes to his bandmates, he knew how to listen and help them stay on track.

“Freddie wasn’t greedy for power. People have this image of him as a diva who insisted on getting his own way, but he was the mediator, the guy who could make sense out of opposite ends of arguments. He was very good at focusing on the important issues.” – Brian May

He wasn’t dominating even in the studio. When it came down to making music, every single member of the band had a voice and they were incredibly competitive. Like every other band, they had heated arguments.

“Nobody got away with a single note that the other three didn’t think was okay. We were argumentative to the point where we almost destroyed each other. At times we all left the group, one of us would go storming off saying, “That’s it!” Quite often, in fact. There was a very [difficult] side, four artists with brushes in hands trying to paint on the same canvas.” – Brian May

Freddie Mercury had a plethora of ideas about what he wanted to do with their songs. But that didn’t mean their musical masterpieces weren’t the products of a collaborative effort. From Bohemian Rhapsody to We Are The Champions, Queen worked on them together.

From their formation to their rise in rock ‘n roll and up to Freddie’s death, the band members were together in the studio, on the road, and performing in festivals and large events for two decades. They had their share of arguments and misunderstandings but at the end of the day, they were family.

When his health was already starting to deteriorate, he continued to make music – finding strength and solace in his craft. He wanted to keep doing something and making songs has always been his outlet.

When they lost him, they didn’t just lose their frontman. They lost a brother.

“We all handled it in different ways. For a time, I really wanted to escape from Queen; I didn’t want to know about it. I think that was my grieving process. But I’m very proud of what we did together.” – Brian May

“I have never got over [losing Freddie]. None of us have. I think that we all thought that we could come to terms with it quite quickly, but we underestimated the impact [the loss] had on our lives. I still find it difficult to talk about. For those of us left, it is as though Queen was another lifetime entirely.” – Roger Taylor

John Deacon didn’t say much after Freddie’s passing but he stopped performing with Taylor and May and became a recluse. Actions do speak louder than words. It’s pretty clear Freddie’s death had a huge impact on him. According to their roadie Peter Hince, Deacon said:

We’ll leave it at that.