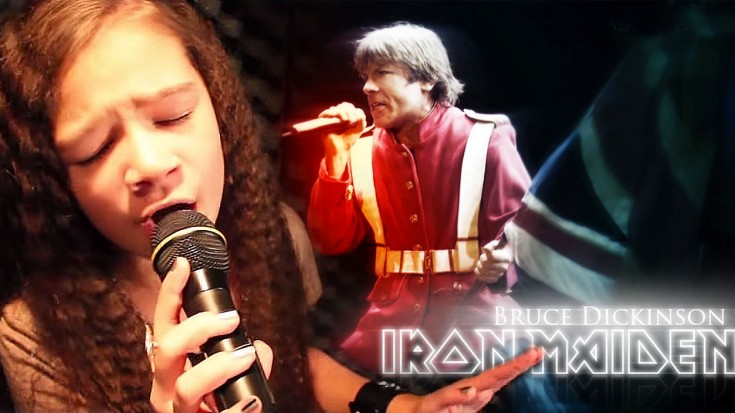 11-year-old Sara Menoudakis of Canadian metal band Motion Device may just be the next great metal vocalist, if this performance is anything to go by! Joined by the rest of her band, Sara launches into a rendition of Iron Maiden’s ‘The Trooper’ that would make Iron Maiden frontman Bruce Dickinson do a double take – that’s how incredible her voice is! Watch out, Iron Maiden – Motion Device just might be the next big thing in metal!

“They have a bright future.” – Angela Gossow, ex-Arch Enemy
“This band has more bite than most. Motion Device is ready to prove ROCK IS NOT DEAD!” – Alice Cooper
“It blows my mind that they are so young and this good!” ~ Kelly Osbourne, daughter of Ozzy Osbourne

There’s nothing about this performance that you won’t love – from Sara’s voice to the blistering solo pulled off by guitarists Josh and Alex, this rendition of ‘The Trooper’ is a 10/10 all around!