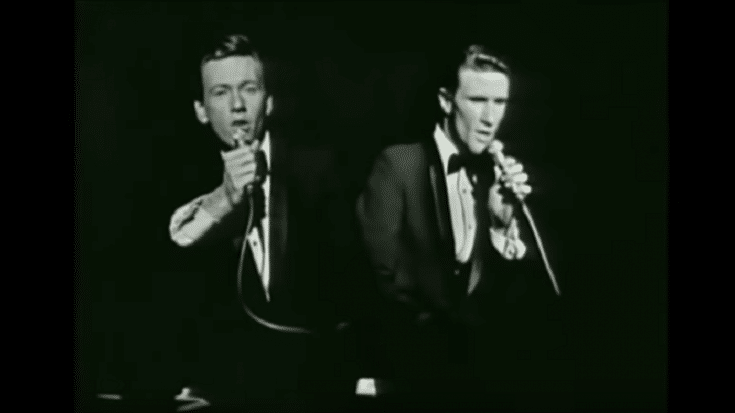 Not An Easy Single To Make

When producer Phil Spector signed The Righteous Brothers into his label, Philles Records, he wanted a song that would fit their blue-eyed soul style. So he commissioned the husband-and-wife songwriting team Barry Mann and Cynthia Weil to write a hit for them. Spector even flew the couple to Los Angeles and checked them into the Chateau Marmont. At the time, The Four Tops’ first Motown single “Baby I Need Your Loving” was climbing up the charts and so Mann and Weil took inspiration from that and decided to do a ballad.

Mann came up with “You never close your eyes anymore when I kiss your lips” which was influenced by the line “I love how your eyes close whenever you kiss me” in the 1961 song he co-wrote, “I Love How You Love Me”. He also worked on the melody first. The lyrics came quickly to them and Spector even contributed the “one, gone, gone, whoa, whoa, whoa” in the chorus which Weil wasn’t too excited about. When the duo had a hard time with the bridge and ending, Spector played the riff to “Hang On Sloopy” by the Vibrations and developed it for the bridge.

When they took it to The Righteous Brothers, Bill Medley liked it but he wasn’t sure it would fit their style. They eventually lowered the key and slowed down the song which changed “the whole vibe.” The recording took more than 39 takes with Medley and Bobby Hatfield singing each verse over and over again. Spector also used his famous “Wall of Sound” technique.

Even though he liked the track, Medley told Rolling Stone magazine that he had his doubts especially since it was rather long, clocking in at close to four minutes. He said, “We had no idea if it would be a hit. It was too slow, too long, and right in the middle of The Beatles and the British Invasion.” Because Spector spent $35,000 on the single, he “didn’t sleep for a week when that record came out. I was so sick, I got a spastic colon; I had an ulcer.”

“You’ve Lost That Lovin’ Feelin'” was a success. It dominated the US Billboard Hot 100 and UK Singles Chart. And it was also covered by several musicians.