The Most Untimely Rockstar Deaths 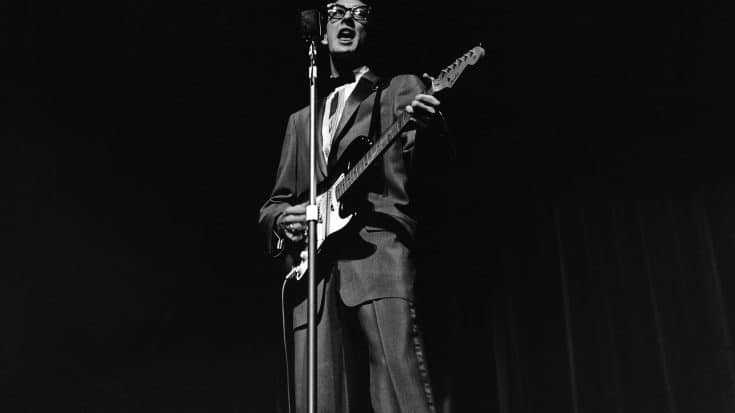 Remember what Benjamin Franklin famously wrote in a private correspondence? “…but in this world nothing can be said to be certain, except death and taxes.” Be that as it may, no one still knows when they’re going to die. The same holds true for rockstars no matter how godly they may seem because at the very core, they’re all very much human.

And so we are listing down the most untimely rockstar deaths – those who passed away at the peak of their stardom, those whose careers were still taking off, or those who were destined for more greatness. Grab your tissues because this might break your heart all over again.

Jim Croce was starting to break into mainstream in 1973. He had a string of hits, TV show appearances, and an extensive tour. We decided to add him to this list because prior to his death, he already wrote to his wife Ingrid about his plans to retire from the music industry and spend more time with his family.

“And when I get back everything will be different. We’re gonna have a life together, Ing, I promise. I’m gonna concentrate on my health. I’m gonna become a public hermit. I’m gonna get my Master’s Degree. I’m gonna write short stories and movie scripts. Who knows, I might even get a tan.” – Jim Croce

On September 20, 1973 after a gig at Natchitoches, Louisiana, Croce and five others were killed after their chartered Beechcraft E18S crashed into a pecan tree during takeoff. He was only 30 years old.

He’s often cited as one of greatest bass players of all time alongside other musicians like Geddy Lee and Chris Squire. In 1986, Metallica became an important figure in heavy metal after releasing Master of Puppets. It was the album that helped them break into mainstream. On September 26, 1986, they were travelling in Sweden for the European leg of their tour. Burton was sleeping on the top bunk when their bus skidded off the road. He was thrown out of the window with the bus landing on top of him. He was 24 years old.

Less than a year after his seminal performance at the Woodstock festival, Jimi Hendrix wasn’t in the best shape. He was exhausted, lacked sleep, and seemed like he was coming down with the flu. He also had so many things on his mind – from lawsuits to his frustrations. On September 18, 1970, girlfriend Monika Dannemann found him unconscious and unresponsive in bed.

According to ambulance staff Reg Jones,

“Well, we had to get the police, we only had [Hendrix] and an empty flat, so John ran up and radioed, and got the aspirator … It was horrific. He was covered in vomit. There was tons of it all over the pillow—black and brown it was. His airway was completely blocked all the way down … We felt his pulse … showed a light in his eyes. But there was no response at all.”

Another member of The 27 Club, Kurt Cobain was already a household name with Nirvana at proverbial top of grunge rock. For years, he suffered from chronic bronchitis and stomach pain. He’s also struggled with substance abuse – from LSD to heroin and alcohol. In 1993, Cobain had a heroin overdose before a performance. He’s also had several suicide attempts according to wife Courtney Love.

On April 8, 1994, technician Gary Smith discovered Cobain’s body with a shotgun. Heroin and diazepam were found in his body. According to the coroner’s report, Cobain died three days before the discovery – on April 5. He was 27 years old.

When Lynyrd Skynyrd released their debut album (Pronounced ‘Lĕh-‘nérd ‘Skin-‘nérd) in 1973, they were propelled to stardom. The follow-up titled Second Helping received the same reception and it featured their biggest hit single Sweet Home Alabama. Their third album Street Survivors was released only three days before Ronnie Van Zant’s death. They were already close to achieving their dream of performing at New York’s Madison Square Garden.

On October 20, 1977, Lynyrd Skynyrd were ready to board their chartered Convair 240 plane but they were all anxious because it was old and rickety. Even guitarist Allen Collins didn’t want to get on it. But according to Gary Rossington,

Three hours later, the plane crashed in Gillsburg, Mississippi killing Van Zant and five others. He was 29 years old.

Even with his short-lived career, Randy Rhoads proved he was no slouch in guitar playing. He co-founded Quiet Riot but they didn’t achieve the success they aimed for. The moment Ozzy Osbourne heard him perform a solo, he was blown away. He was featured in two Osbourne albums – Blizzard of Oz and Diary of a Madman. This is when Rhoads earned the title of a guitar hero.

In 1981, Rhoads considered leaving the rock ‘n roll scene to study at UCLA and earn a degree in classical guitar. On March 19, 1982, they were on their way to a festival in Orlando, Florida when the tour bus stopped over in Leesburg, Florida. There was an airstrip near the area and private pilot Andrew Aycock took both Rhoads and makeup artist Rachel Youngblood for a flight. They made two successful attempts at buzzing the bus but on the third pass, one of the wings clipped the bus sending the plane spinning out of control. It hit a pine tree before crashing into a nearby mansion.

Rhoads was killed instantly along with Aycock and Youngblood. He was 25 years old.

Bon Scott was featured in AC/DC’s first six albums. They enjoyed moderate success in Australia but it was Highway to Hell which propelled them toward international fame – it helped them break into US charts. On February 1980, the band was working on their follow-up – Back in Black. On February 19, he was found dead after a night out drinking with friends. It was his friend Alistair Kinnear who discovered him,

“I left him in the car and rang his doorbell. I was unable to wake Bon, so I rang Silver [Smith, a former girlfriend of Bon’s]. She said he passed out quite frequently and that it was best just to leave him to sleep it off.”

The following morning, when he found out Scott was still in the car but no longer breathing, he rushed him to the nearest hospital where he was declared dead on arrival.

Janis Joplin struggled with substance abuse for most of her life. She released three albums before her death and the string of classic hits were enough to secure her a spot in the rock ‘n roll pantheon. In the later part of 1970, she was already working on her fourth album Pearl.

On October 4, Full Tilt Boogie’s road manager John Cooke went to Joplin’s hotel after she failed to show up earlier for her recording sessions. He found her dead body on the hotel room floor. She apparently overdosed on heroin. She was only 27 years old. Pearl was released posthumously and it topped the charts and was certified 4× Platinum by the RIAA.

Referred to as “The Day the Music Died”, Buddy Holly was only 22 years old when he was killed in a plane crash along with Ritchie Valens and “The Big Bopper” J. P. Richardson. Holly was a pioneer of rock ‘n roll in the 1950s. He also formed The Crickets which became a main influence to John Lennon and Paul McCartney.

AllMusic referred to him as “the single most influential creative force in early rock and roll.” And even with such a short career, he managed to make and write several songs which stood the test of time and transcended generations.

Duane Allman was known as an innovative guitarist. He was a sought-after session musician and has worked alongside other greats like Wilson Pickett and Aretha Franklin. Even Eric Clapton was blown away by his talent,

“I remember hearing ‘Hey Jude’ by Wilson Pickett and calling either Ahmet Ertegun or Tom Dowd and saying, ‘Who’s that guitar player?’

After the success of the Allman Brothers Band’s first live album At Fillmore East, the group went on their first real vacation in over two years. On October 29, 1971, he was riding his Harley-Davidson Sportster motorcycle when he was forced to swerve to avoid a truck. He was thrown from his motorcycle and skidded for more than 50 feet. The motorcycle landed on top him, pinning him underneath. He was still alive when he was brought to the hospital but died a few hours later. He was 24 years old.