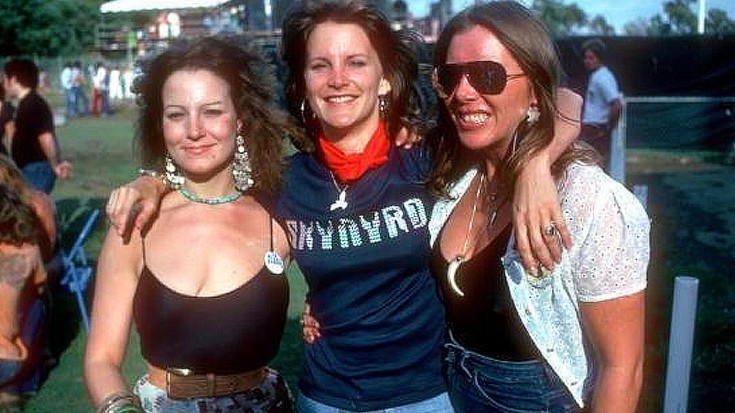 A Critical Part Of Skynyrd Hystory

Added to the roster in 1976 and originally featuring the talents of Cassie Gaines, Jojo Billingsley, and Leslie Hawkins, The Honkettes are more than just backup singers – with their flawless harmonies and quiet strength supporting their bandmates on every song, they’re as crucial to Lynyrd Skynyrd’s sound as the band’s three guitar attack and one of a kind rhythm section. However, there’s something else that makes these talented ladies so special and so revered in the Southern rock pantheon – something so unique that Lynyrd Skynyrd may not have been the same without it, but what is it exactly?

Crowe, then a teen, remembers the guys in Lynyrd Skynyrd being fiercely protective and fiercely respectful of Jojo, Leslie and Cassie, whose classy behavior and professionalism stood out to the guys as the much needed balance to a life that could at times run away with them.

“The feeling that the girls brought to the tours was great. They were great color, personally. Everybody would talk about how they gave the tours a woman’s touch.”

It helped move the band more toward being a responsible unit, with an eye to the future. It made them more roadworthy.”

We don’t know what Lynyrd Skynyrd would have sounded like or become without The Honkettes, and thanks to the lovely and talented Dale Krantz-Rossington and Carol Chase, we won’t have to find out. These ladies are doing a phenomenal job of carrying on the time honored tradition of supporting their Lynyrd Skynyrd bandmates musically and adding that little spark of magic to your favorite songs and the concerts you see. If you ever find yourselves near them, be sure to say hello and thank them for always being so amazing!