The Fray Leave Their Hearts On The Stage For Glowing, Intimate Take On “Break Your Plans” 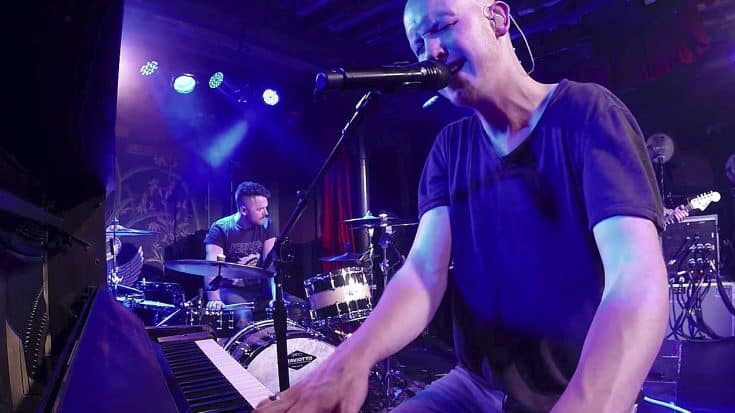 In 2014, four-time Grammy Award nominees The Fray converged on New York City’s McKittrick Hotel for an intimate concert event celebrating their newly released album Helios. A cozy affair that spanned their career with chart topping hits like “How to Save A Life” and “You Found Me,” The Fray dazzled fans that evening with a glowing performance of “Break Your Plans,” their piano driven plea for a second shot at love told from the perspective of a man swallowing his pride to save that which he’s taken for granted.

A song whose very nature forces you to suspend your belief in all things but the here and now, “Break Your Plans” is never more enchanting than when performed from the comfort of what Fray frontman Isaac Slade calls the McKittrick’s “hazy Gable and Garbo kissing scenes” atmosphere and after giving it a watch or two (or three!), it’s easy to see why.

From the first pound of piano keys to the very last, The Fray take listeners on an emotional rollercoaster ride through the type of romance we’ve heard about in storybooks and classic films. The fated, sometimes starcrossed type of love meant to be chronicled by songwriters like Isaac Slade and Joe King and when it’s time to bring it all to life, who better to do it than a band known for their gorgeous ability to get right to the heart of the human condition?

A performance for the ages, “Break Your Plans” as performed live at the McKittrick Hotel is nothing short of absolutely stellar, and you’re bound to fall in love with it just as we did. Enjoy!