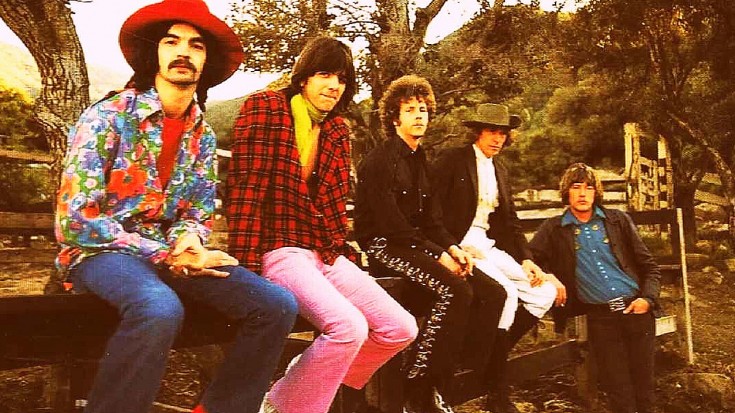 Originally a James Carr song, “Dark End Of The Street” was the artist’s attempt to cast a bright light onto the “shady” cheating characters of the 60’s that chose not to take the legal vows of marriage seriously. As the lyrics accept inevitable defeat and exposure, the two forbidden lovers in the song defend their love regardless.

Interesting Fact: The Gilded Palace of Sin is cited as a major influence on the Eagles, as well as being a cornerstone of the New Traditionalist movement in mainstream Country music, influencing future artists such as Travis Tritt, Vince Gill, Alan Jackson, Clint Black, and Randy Travis.

Added to their The Gilded Palace of Sin album, “Dark End Of The Street” is one of the only Carr covers that did the amazing and troubled singer justice. Lead singer of The Flying Burrito Brothers, Gram Parsons delivers this soulful country ballad with a signature style that both him and Hillman adopted from the Byrds.

Considering the album is rated 192 on Rolling Stone’s “500 Greatest Albums Of All Time,” we would have to say that The Flying Burrito Brothers were a highly underrated band in the 60’s, especially with this “sinful” serenade.

+ Dark End Of The Street Lyrics +

I know time is gonna take its toll
We’re have pay for the love we stole
It’s a sin and we know it’s wrong
Oh but our love keeps coming on strong
Steal away, to the dark end of the street, mmm mmm

And when the daylight hour rolls around
And by chance we’re both downtown
If we should meet, just walk on by
Oh darling, please don’t cry

Tonight we’ll meet
At the dark end of the street, mmm mmm