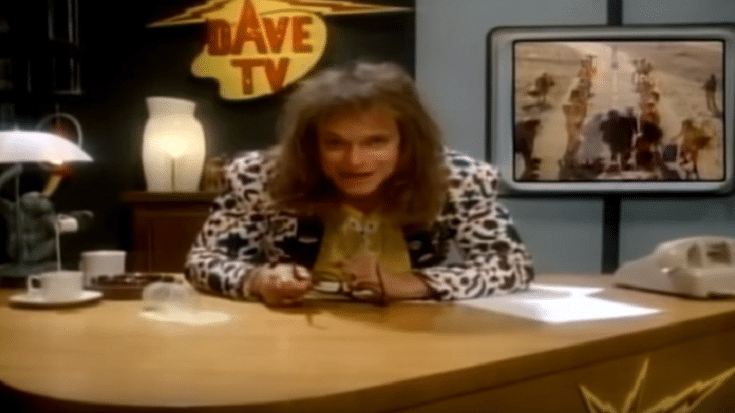 At 65 years old, David Lee Roth still has it. He may no longer be doing splits and karate kicks but his live performances are still full of energy. Van Halen may be no more but Diamond Dave is showing no sign of slowing down. There’s so much going on for him this year such as opening for KISS during their “End of the Road” tour.

In honor of one of the greatest rock frontmen of all time, here are five facts in his early life – before Van Halen achieved massive popularity and became household names.

4. Before he was fronting one of the biggest ’80s groups, Diamond Dave cleaned bedpans and also fluffed some pillows as a hospital orderly. Around that time, he met the Van Halen brothers.

3. He’s the one who suggested Van Halen as their band name instead of Mammoth as he felt it had more power like Santana.

2. He adapted the Diamond Dave persona when he was still with his first band – the Red Ball Jets. Mammoth (with Eddie and Alex Van Halen) often rented their PA system.

1. David Lee Roth performed at backyards in Pasadena, California as if they were already selling out stadiums. Record producer Ted Templeman who would go on to produce to several albums for Van Halen said, “I saw their set, and there were like 11 people in the audience, and they were playing like they were at the Forum.”