The Edgar Winter Group’s “Frankenstein” Is One Of The Greatest Instrumentals Ever. Here’s Why: 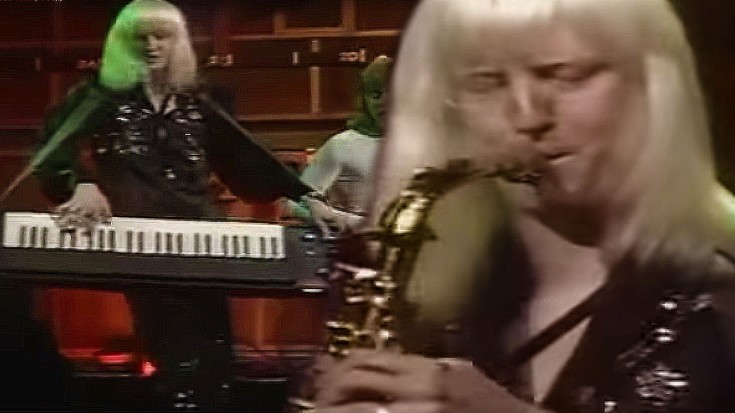 Written in 1972 and featured on The Edgar Winter Group’s They Only Come Out At Night, ‘Frankenstein’ is one of rock’s most important instrumental songs. With its iconic introductory riff “dun-dun-dun-dun-dun-dun-dun-DUN,” ‘Frankenstein’ walks the fine line between funk and hard rock that Edgar Winter’s always been known for and features literally all of the musician’s talents in one song. With the triple threat of a monster synthesizer solo that changed music forever, a rocking drum solo and a saxophone solo that would make John Coltrane stand up and cheer, Edgar Winter is an absolute force to be reckoned with onstage – and this exclusive 1973 performance proves it.

Fun Fact: ‘Frankenstein’ got its name when the song’s original edits had to be cut and spliced by hand, prompting Edgar and his band to joke about literally making their very own Frankenstein monster.

You can’t beat The Edgar Winter Group’s performance of ‘Frankenstein’ – not by a long shot! They were lightyears ahead of their time, and watching them perform what would become one of rock’s greatest instrumental pieces makes it nearly impossible to imagine those sounds bouncing around Edgar Winter’s brain before being put down on paper – how could something this good not be improvised, yet still sound like one of the world’s best jam sessions?