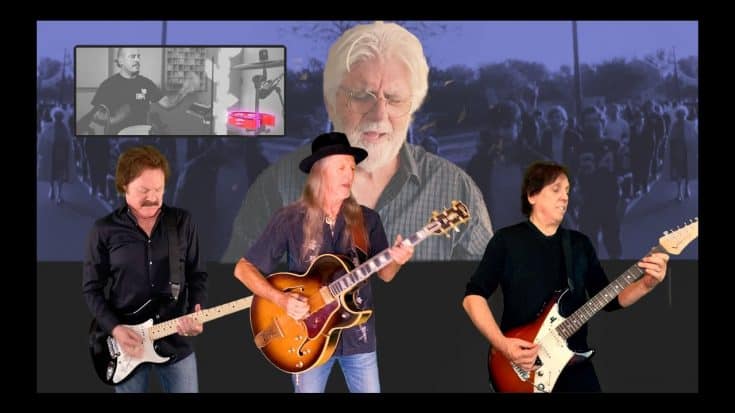 The Doobie Brothers have reunited with Michael McDonald, and they ready to get back on the road. During the pandemic, they’ve been fairly active online with at-home performances for charity events. They also reworked their classic hits, and recorded new songs. One of those they updated was “Takin’ It to the Streets” – the title track of their sixth studio album, the first LP to feature McDonald.

They recently released the live performance just in time for the album’s 45th anniversary.

“I felt, and still feel to this day that Streets album, and song, the title track, were about Hope. No matter how far down, no matter how victimized, no matter the outcome, don’t give up,” founder Pat Simmons told Consequence of Sound. “If you try to navigate with an open heart, do the best you can at the moment you are given, that’s a gift to be valued always.”

“We didn’t step back from each other, and try to reason about what we were doing, we just dove right in, and began to create,” he continued. “We had been on the road together as a touring band for many months, maybe even a whole year, I can’t exactly remember, so we had a good, and reasonable idea of what we could bring to studio with this ensemble.”