The Black Crowes Have 20 Songs For New Album 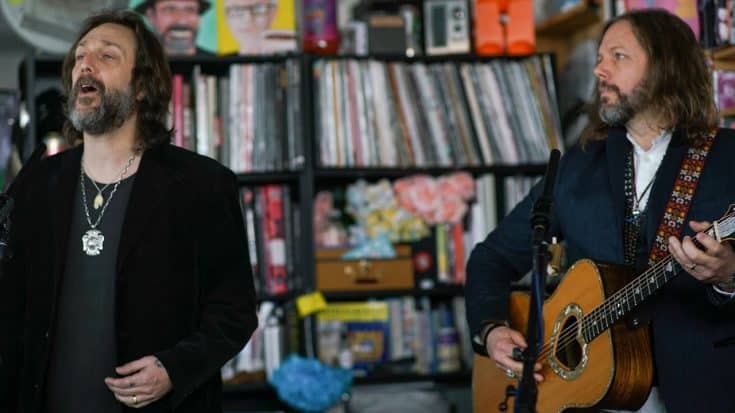 They’re Not In A Hurry To Record Them Though

The Black Crowes frontman Chris Robinson was recently interviewed on SiriusXM show Trunk Nation With Eddie Trunk. Along with his brother and bandmate Rich, they’re prepping to go back on the road in celebration of the 20th anniversary of their debut album Shake Your Moneymaker.

The brothers have been feuding for years but they patched things up and announced their reunion in 2019. Now, Chris revealed that they’ve collaborated on 20 songs. But the thing is, laying it down in the studio is another story.

“We’re not in a real hurry to get in the studio,” Chris admitted. “‘Our focus is this tour and the touring and kind of celebrating The Black Crowes and what we’ve done and where we started.”

Chris mused that though they’ve fought a lot, “writing has always been our sweet spot”.

“This whole idea of the Shake Your Money Maker thing has really brought a lot of focus back to, wow, how much I fucking love rock and roll music,” he added. “Visiting that record and that being our presentation has really inspired Rich and I — to quote the MC5 — to kick out the jams a little bit and really refocus on all the things we love about the power of rock and roll and the rawness.”

The Black Crowes’ 2021 tour is set to kick off on July 20 at Nashville’s Ascend Amphitheatre.