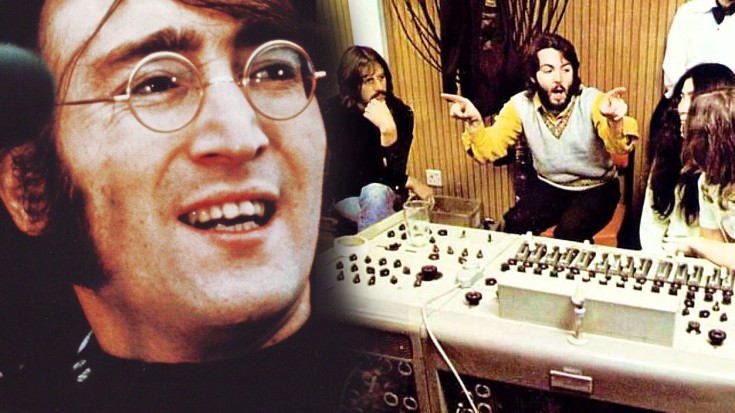 The Beatles In Studio

Widely regarded as “one of the most ambitious, influential, and groundbreaking works in pop music history”, The Beatles’ ‘A Day In The Life’ is a musical masterpiece if there ever was one and now we get to hear it done in-studio! Unlike the version we’ve all come to know and love, this rendition  seems a little stripped down and has a few extras, like the characteristic banter between John Lennon and Paul McCartney.

It’s so delightfully unfinished that you can hear where the band would later go back and fill in places and edit others, giving us a fantastic glimpse into the collective genius that was The Beatles.

Fun Fact: Rock band ELO paid homage to ‘A Day In The Life’ with their hit song, ‘Mr. Blue Sky’.

Ever the perfectionist, we know that John would have hated for us to have heard what would become one of his greatest masterpieces in such a raw state, but by far this is definitely one of our favorite looks into what it took for a band of that magnitude to record such a classic!

Woke up, fell out of bed
Dragged a comb across my head
Found my way downstairs and drank a cup
And looking up I noticed I was late
Found my coat and grabbed my hat
Made the bus in seconds flat
Found my way upstairs and had a smoke
And somebody spoke and I went into a dream

I read the news today oh boy
Four thousand holes in Blackburn, Lancashire
And though the holes were rather small
They had to count them all
Now they know how many holes it takes to fill the Albert Hall
I’d love to turn you on