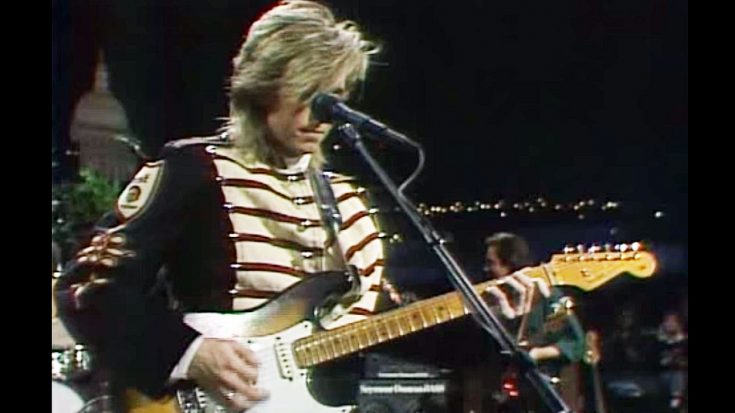 Eric Johnson’s Shredding Abilities Leave His Audience In Awe Of What They Just Saw!

Eric Johnson is definitely one of the most underrated guitarists in rock history. He is often unrecognized for his impeccable melodic shredding capabilities. Many people do not realize that he was also way ahead of his time. He had smooth yet high gain sound to his guitar playing that was truly innovative and groundbreaking. He is mainly known for his instrumental work. Though you may not realize it, Eric Johnson has created a lot of rock’s most recognizable hits. One of those hits is a song/instrumental called Cliffs Of Dover.

What you’re about to watch is a live version of said song which is often considered Eric Johnson’s best live performance. He takes to the stage to perform the aforementioned Cliffs Of Dover. The audience may just be expecting a simple live performance, but they were not ready for what happens next. See for yourself!