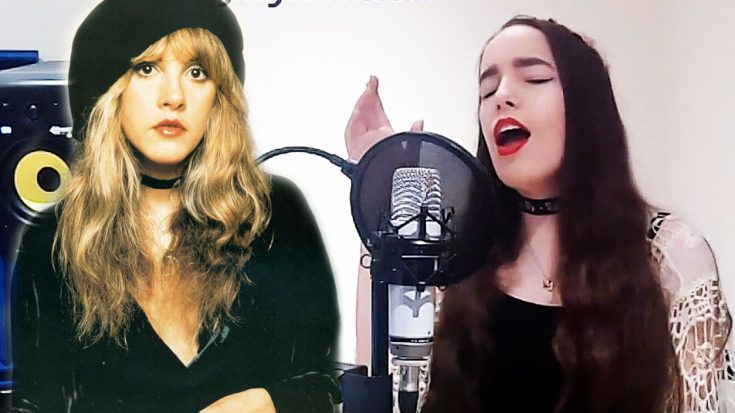 Stevie Nicks Would Be Proud!

We’ve often said that Stevie Nicks truly is the queen of everything. She is truly one of the most iconic and idolized singers that we as classic rock fans have come to know and love. Though she’d probably disagree, we’d even go as far as to call her flawless. And to say she is beloved is an understatement. She is arguably the most cherished classic rock singer of all time and it’s obvious that she can do no wrong.

Her songs have resided in our hearts decade after decade and it’s still as fresh and beautiful as it was when we first heard them. Not only do we have her great songs, but we also have the amazing covers that the talented fans perform. One such example will leave you speechless!

What you’re about to watch is a video in which a 15-year-old girl by the name of Beth Swan decides to pay the ultimate tribute by performing a beautiful rendition of the iconic song Seven Wonders. There are no words to describe just how beautiful this cover is. We’ll just say that Stevie Nicks would certainly be proud. Don’t believe me? See for yourself!