Ted Nugent’s Antics Sparks Outrage And Protests When He Takes It Way Too Far! 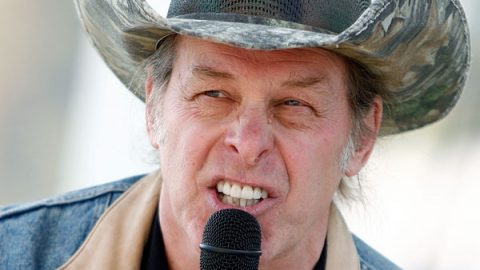 Uncle Ted Loves To Be Hated!

Ted Nugent is scheduled to perform at the Freeborn County Fair on the 5th of August which is located in Freeborn County, Minnesota. As it was reported by the Minnesota Star Tribune, the residents of this humble community are currently participating in what they’re calling the Choose Civility movement. The movement is basically anti racism, semitism, misogyny, xenophobia, ableism and incivility. The residents of Freeborn County took offense to Ted Nugent joining the county fair to perform. According to those residents, Ted Nugent‘s very presence opposes these values.

Fun/not so fun fact: After Ted Nugent made his unpopular opinions regarding anti-drugs, anti-alcoholism, and racism known to the public, he was meant with harsh criticism and protests (much like the one being discussed here) and was immediately sponsored by Bud Light! Well alrighty then!

Ted Nugent eventually responded to the criticism by saying some harsh words towards the protestors. Here’s what he had to say. “Clearly I am doing God’s work as the America hating lying Saul Alinsky scum-dogs are all pissed off! Remember, if you’re not pissing off the a–holes, you are an a–hole! Glory Glory Hallelujah! Watch the devils squirm! Hopefully we will get photos/vid of the dopey protestors with their American Communist Party regalia exposing their disdain for personal hygiene. Precious!”

Who’s side are you on? Do you stand with the residents of Freeborn County or do you stand with Uncle Ted? One thing is certainly made apparent, it doesn’t look like this is an issue that can be resolved anytime soon. We’ll have more as we draw closer to the date of performance.