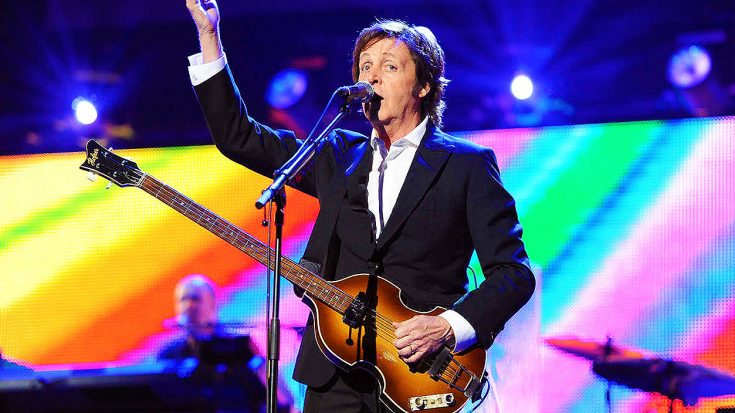 For being in the middle of nowhere, that crowd is amazing

In between his two headlining weekends at the historic Desert Trip Music Festival in Indio, California, Paul McCartney decided to take a small break from playing in front of 100,000+ people, and revisit his roots of playing small club gigs. Since he was in the desert, he decided to stop off at Pappy and Harriet’s Pioneertown Palace to play an exclusive, pop-up surprise show for a small number of people.

McCartney and his band scouted the venue for weeks, and didn’t announce the show until 10AM the morning of! While Pappy’s didn’t want people lining up for the show until 3pm, thousands of people began showing up as early as 1pm to the venue. McCartney played 21 total songs, keeping a strong mix of Beatles  and Wings material. But the highlight of the night, was the band’s epic performance of the Beatle’s classic “Hard Days Night.” McCartney and the band shredded an epic rendition, and the crowd singing along to every word made it all the better!

McCartney joked in the show that it was the biggest show he and his band ever played. These small venue shows are a great way for bands to fine tune everything, because you don’t have a giant stage, there isn’t a ton of room and you’re limited on your effects with lights and video!

Check out McCartney’s epic performance down below!