Sting’s Touching, Emotional Tribute To Paris’ Bataclan Victims Will Bring A Tear To Your Eye 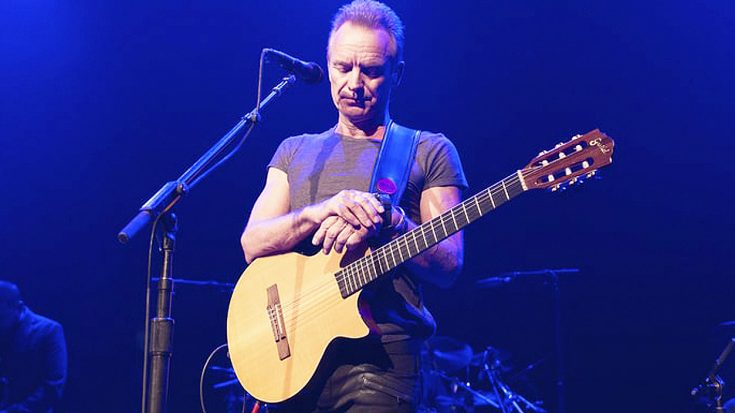 November 13th, 2015 was an incredibly sad day in the music world. An Eagles of Death Metal show at the Bataclan in Paris, France was abruptly interrupted by terrorists, who opened fire on the band, tour crew and concertgoers at the venue. In total, 89 people were killed, and the venue was left in complete shambles, shutting it down until further notice.

Many wondered if the venue would ever open again, but the director of the venue promised it would, and almost exactly one year after the horrific attacks, his promise was fulfilled. The venue reopened, and the artist who had the honor of re-christening it was Sting. Friday night, Sting played an emotional show at the newly renovated venue and opened his show with a special tribute to the victims.

Sting opened the show with his song “Fragile,” but before he played, he asked that the crowd have one minute of silence in remembrance of the 89 victims who lost their lives during that fateful evening.

Sting’s goal that night was to remember the victims, but to also bring forth a new chapter in the venue’s history. He released a statement prior to the show citing the meaning behind his show that evening:

“In reopening the Bataclan, we have two important tasks to reconcile. First, to remember and honour those who lost their lives in the attack a year ago, and second, to celebrate the life and the music that this historic theatre represents. In doing so, we hope to respect the memory as well as the life-affirming spirit of those who fell. We shall not forget them.”– Sting stated.

Check out Sting’s emotional performance of “Fragile” down below! The video starts just after the minute of silence. Great job, Sting!