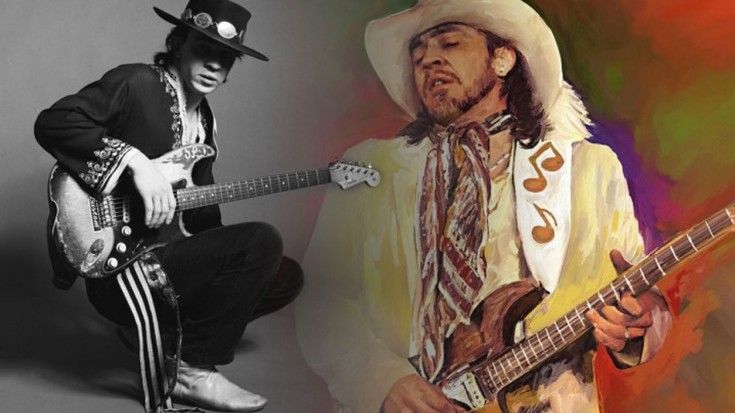 Can never have too much of a good thing

In Step was Stevie’s first album after he stopped drinking, and is dedicated to sobriety. The album title is a reference to the 12 step program for alcoholics. If you listen to the record in its entirety, you can tell the songs all relate to the non stop pressures of life that can lead someone to alcohol and substance abuse.

This was written by the Austin-based songwriter Bill Carter and his wife/songwriting partner Ruth Ellsworth. The pair also wrote “Willie The Wimp” for Vaughan and “Why Get Up?”, which was recorded by The Fabulous Thunderbirds. Carter was in a band with Johnny Depp called P! in the mid-’90s.

Stephen Thomas Erlewine of Allmusic rated In Step five out of five stars. He went on to say about Vaughans album, and his unfortunate death: “it’s fully realized, presenting every facet of Vaughan’s musical personality, yet it still soars with a sense of discovery. It’s a bittersweet triumph, given Vaughan’s tragic death, […] yet it’s a triumph all the same.”

We love this side of Stevie, and sobriety never stood a chance at slowing this man down.

(Lead) Save the strong, lose the weak
Never turning the other cheek
Trust nobody, don’t be no fool
Whatever happened to the golden rule