Steven Tyler’s Dogs Unexpectedly Crash His Interview And Steal The Show—This Is Hilarious! 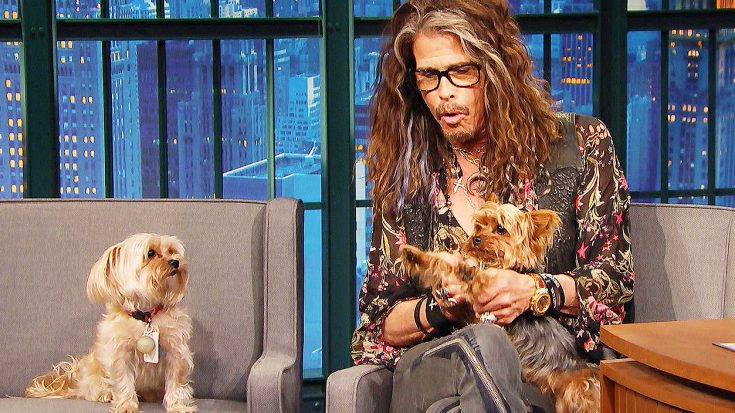 Everyone loves a furry friend

Steven Tyler is the complete package. He can sing, he can dance, he’s generous to his fans and he’s just an all-around great person. His TV interviews are always entertaining and filled with stories, laughs and honesty.

Tyler paid a visit to Late Night With Seth Meyers to catch up with the show’s renowned host. As the interview started, Tyler abruptly stops Meyers, and proclaimed that he was unable to do the interview without one thing. Tyler then whistles, and summoned his two dogs Butch Cassidy and Sundance Kid! The dogs are incredibly adorable and surprisingly well-behaved. They never leave Tyler’s side and hang out next to him calmly the entire interview. Tyler talks about his dogs and also discusses growing up in New York City in the interview.

It’s a lighthearted and funny interview, and Tyler’s dogs are absolutley adorable! Check it out down below, and let us know what you think!