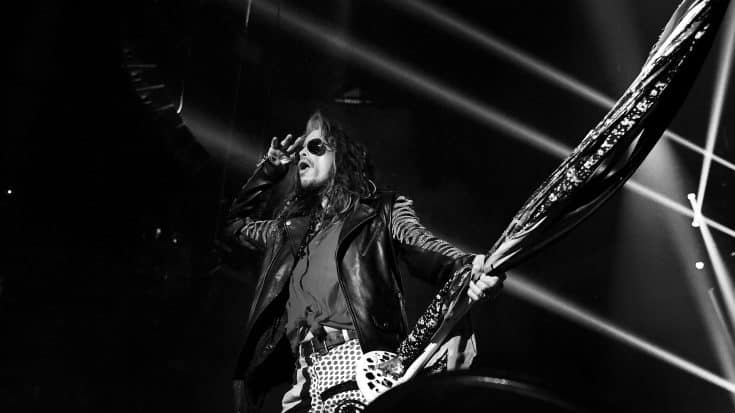 Leave it to Steven Tyler to share some of their “backstage shenanigans” on social media. Deuces are Wild, the band’s Las Vegas concert residency which will run until December 2019, has attracted thousands of fans. We know the boys always deliver the goods with every performance – it doesn’t matter how many times they’ve done it. Besides, Tyler is a ball of fire on stage so attendees can expect a good show every single time.

BACKSTAGE SHENANIGANS AT @AEROSMITH #DEUCESAREWILD. SEE MORE CRAZINESS WHEN WE RETURN TO THE @PARKTHEATERLV JUNE 19TH!

At one point, he went inside Joe Perry’s dressing room while the famed guitarist is warming up. Tyler was walking around with a megaphone and Perry complained it was “too loud.” After Tyler left, he said, “I think he’s [Perry] really pissed off at me.”

Oh and in case you’re wondering what Tyler’s wearing on his head… You know what it is.

BACKSTAGE SHENANIGANS AT @AEROSMITH #DEUCESAREWILD. SEE MORE CRAZINESS WHEN WE RETURN TO THE @PARKTHEATERLV JUNE 19TH!