Steven Tyler Reveals Big News – Is This The End Of Aerosmith? 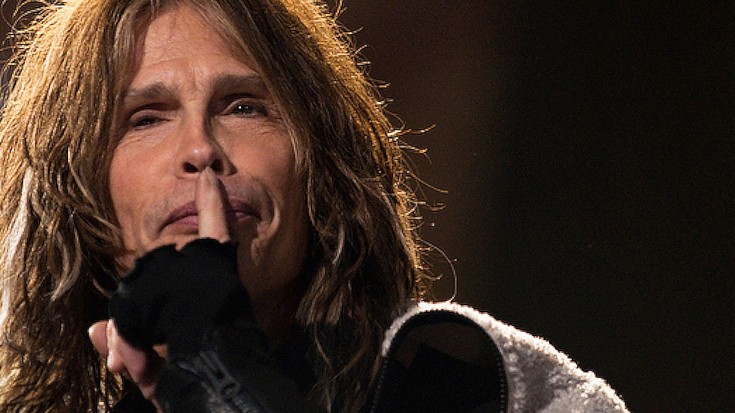 For months, fans of Aerosmith have long wondered: with frontman Steven Tyler focusing more and more on his budding career as a country star and heading out onto the road this summer for his very first solo tour, what does this mean for the future of Aerosmith? We know that Steven’s bandmates in Aerosmith feel a little neglected in the wake of their friend’s newfound success as a solo artist as plans for an Aerosmith summer 2016 tour and possible album were scrapped, but we haven’t gotten an answer as to the fate of the band – until now, that is.

This morning, Steven Tyler revealed that 2017 could possibly hold a farewell tour for Aerosmith – meaning, once the last curtain drops in the last city, that’s the end of Aerosmith as we know them.

Aerosmith’s Steven Tyler tells us the band is contemplating a “farewell tour” in 2017 https://t.co/udLRdO0nFm pic.twitter.com/iTLBFdNcct

With so many other bands heading the same route with farewell tours – first Rush and Mötley Crüe, and now metal godfathers Black Sabbath – it’s not entirely surprising, and Steven’s explanation makes sense: “You know, something’s gonna happen. It’s just inevitable that somebody’s not gonna be able to do it anymore. So it would be very nice to take a nice long bow and say thank you and put it to bed kind of gracefully.”

However, while it makes sense, it’s tough to imagine a world without Aerosmith – and even tougher to imagine having to say goodbye. Stay tuned for more updates on the future of Aerosmith as they roll in, and cross your fingers in hopes that 2017 isn’t the end for our favorite bad boys from Boston!