Steven Tyler, “Piece of My Heart/Love is Your Name” – AMERICAN IDOL 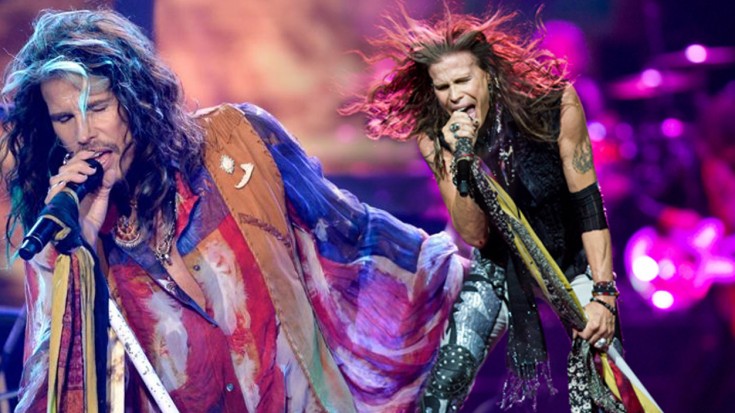 Get ready to press play and repeat

It feels like we’ve been waiting months to see Steven Tyler to get on stage and perform his debut country song, “Love is Your Name”. And, on American Idol last night, that is exactly what he did.

Tyler, who has signed with Nashville’s Big Machine Label Group to record a country solo album, says he was already into the music. The singer’s lifelong infatuation with country music began when he stole the Everly Brothers singles that belonged to his older sister.

When Tyler was a child, he explains…

I had a long wire into a radio antenna up an apple tree near his house and began picking up the signal from a country station in Ft. Wayne, Ind. “That’s how I grew up listening to all that stuff,” says the singer, who counts the Everlys, Patsy Cline and Dan Hicks and His Hot Licks among his early country favorites.

While the song doesn’t sound quite like any other country music you may be hearing on the radio, or Aerosmith for the matter- The Classic Rock Icon is excited to be heading in a new direction with his solo project, and believes his new sound is “a mix between Steven Tyler and Mumford & Sons“.

Aerosmith will be embarking on a national tour for the next two months, so the final touches on the album will be on a short hiatus.

“I’ve got to find time to come back and record these songs after the Aerosmith tour,” Tyler says. “But I flit from flower to flower, country to country, looking for good times and singing about the last time. That’s what I’m putting into the country songs.”

+Love is Your Name lyrics below+