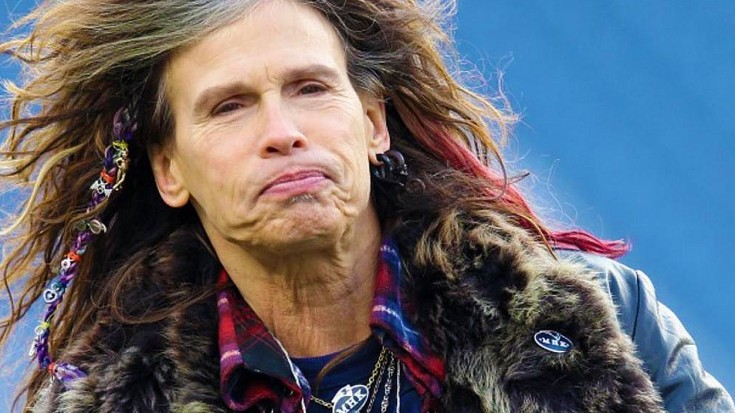 It’s not often that you see Steven Tyler worry – it’s even more rare when the worry is directed at a member of his band, specifically Aerosmith guitarist Joe Perry. Perry was rushed to the hospital last week after collapsing onstage during a Hollywood Vampires show in New York, and upon hearing the news Steven was absolutely devastated and sending good wishes and prayers to the man he’s come to call “his brother” over the past 40 years; the axe-slinging half of the dynamic duo we call the Toxic Twins was released from the hospital late last week, but according to Steven, he hasn’t heard from Joe Perry – and he’s starting to worry.

“I’m really concerned and worried right now that I’m not getting any news. I’m a little bummed out, and that scares me,” confessed Tyler last week following the events that landed Joe in the hospital.

“I don’t know what it is, but I know that nobody’s talking to me. I can only tell you that Joe’s my brother and I love him so much.”

Like many of us, Steven believes that Joe’s condition is due in part to age and also to operating at a break neck pace, constantly pushing himself with different projects and performing upwards of 9 shows in a row with the Alice Cooper fronted Hollywood Vampires without a day off in between. When asked about how Joe’s health will factor in to his commitments to Aerosmith this fall, Steven made one thing absolutely clear: “I don’t give a s— about the band. I want Joe to live.”

Joe, if you’re reading this, give Steven a call – he’s pretty worried about you!