Steven Tyler Gets Revenge On The Paparazzi- You’ll Like This 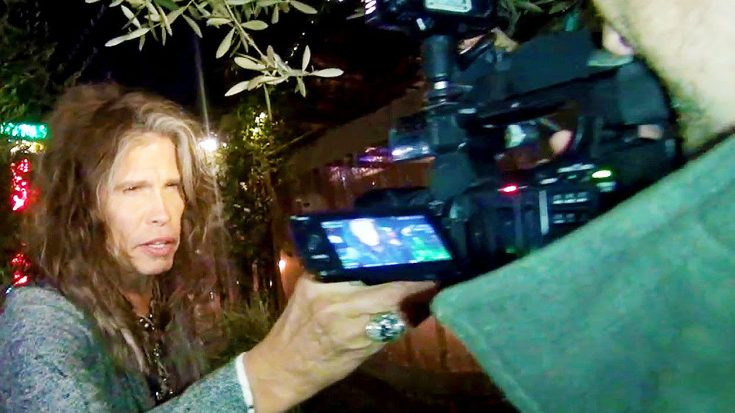 He didn’t see that one coming!

The paparazzi are leeches to rock stars. They harass them, pester them and chase them around hoping that they will lash out, or say something that could potentially score the paparazzo a ton of money! Many celebrities have had bad run-ins with the paparazzi, but Aerosmith frontman Steven Tyler has been known to, for the most part, get along with them.

Tyler usually takes time to say hello, answer their questions and cooperate with them. But sometimes he will admittedly get annoyed. When he gets annoyed, he refrains from lashing out, and instead opts to play little jokes and pranks on the paparazzi!

In this clip, the paparazzi asks Tyler a question about his drug addiction, which prompts Tyler to immediately grab his camera and begin filming the paparazzi! It’s a pretty funny turning of the tables, and it really shows that Steven makes the most out of his encounters with these people! Instead of lashing out or causing a scene, he has patience and plays a simple, yet hilarious prank!

Check out the hilarious video down below for yourself!