Steven Tyler Asks This Crowd For A Hat… And That’s When All Hell Breaks Loose! 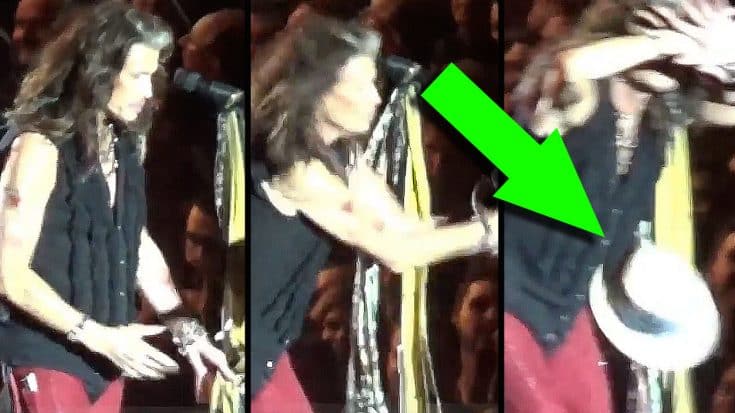 Steven Needed A Hat.. And These Fans Accommodated!

As of right now, Aerosmith are on what is shaping up to be their final tour. They are touring all over Europe and putting on clinics left and right. Then again, what else should we expect from the legendary band. They are undoubtably one of the all time greatest rock bands that have ever taken to the stage.

Lead singer Steven Tyler can be described as a walking viral video generator. Just go and surf the internet and you’ll find that the man has cameras following just about everywhere he goes. It hardly matters what he does, he could literally go outside and just start stretching and it would go viral.

All that comes in to play as the cameras were rolling at a recent Aerosmith concert. During this concert, Steven Tyler asks the crowd for a hat.. And that’s when all hell breaks loose… See for yourself!