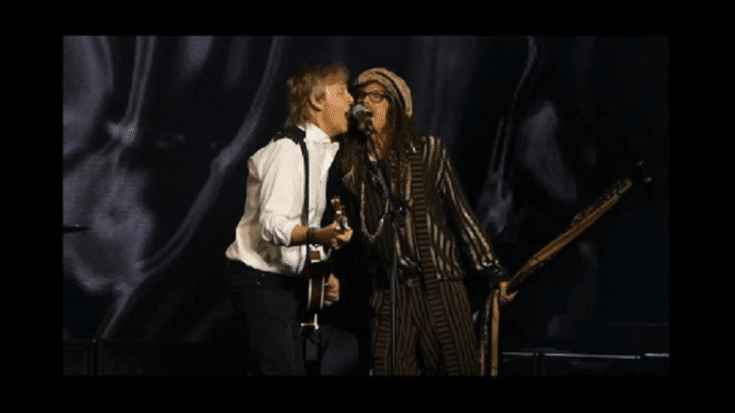 An Awesome And Special Rendition

On Friday, June 28, Aerosmith frontman Steven Tyler joined Paul McCartney during the encore of the latter’s show at the T-Mobile Arena in Las Vegas. McCartney is currently on tour in North America in support of his 2018 album “Egypt Station”. They teamed up to perform the Beatles 1968 classic hit “Helter Skelter”.

Before launching into the song, McCartney said:

“We have a special guest for you: Mr. Steven Tyler.”

They traded lines and even added their own twist to it with an improvised vocal outro.

Tyler was in Las Vegas because of their ongoing Deuces are Wild residency at the Park Theater at the Park MGM Hotel. Tyler, along with Aerosmith, also recorded their own version of “Helter Skelter” in 1975 during the sessions for “Toys in the Attic” but was only released in 1991 for their compilation album “Pandora’s Box.” They also included the track in several of their live sets.

Tyler even took to Instagram to share a clip of the performance and captioned it with “NEED I SAY MORE?”