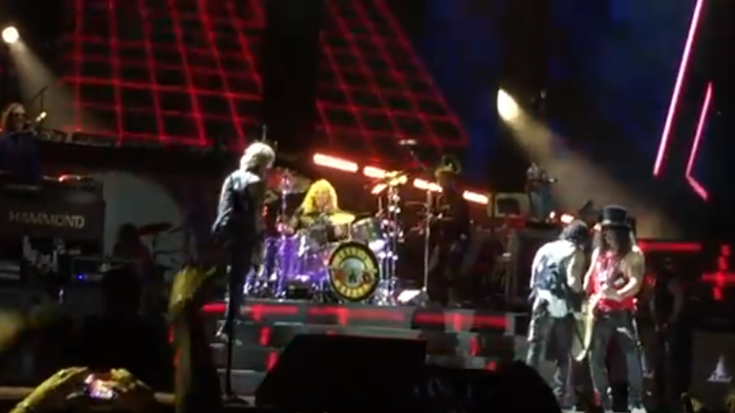 What A Great Lineup!

It’s been a great year so far for Guns ‘n Roses. Aside from getting back some of their original lineup, they have also invited former drummer Steven Adler to join them on stage. He was with the band from 1985 to 1990 and fans are so happy to see him playing along to their favorite GnR classics. But he didn’t just join them once. In fact, Adler performed two songs for GnR during their August 19 show at the Dodger Stadium in Los Angeles – “Out Ta Get Me” and “My Michelle.”

These are the same tracks he played during the concert at the Paul Brown Stadium in Cincinnati and Nissan Stadium in Nashville. With Adler behind the kit, Guns ‘n Roses only needs rhythm guitarist Izzy Stradlin so they can have a reunion of all the original members of the group. Stradlin has already confirmed that he won’t be joining any of their shows.

But we can still hope he’ll change his mind!