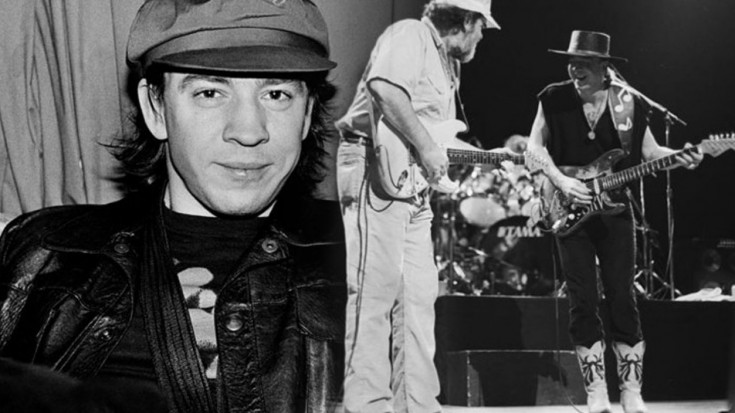 Lonnie Mack had become a key figure in transforming the role of the electric guitar to that of a lead voice in rock music. Best known for his 1963 instrumental, “Memphis“, he has been called “a pioneer in rock guitar soloing” and a “ground-breaker” in lead guitar virtuosity..

Vaughan, had said “Wham!” was the very first record he ever owned as a child. He would practice and play to it so often, his father destroyed it. But, you can’t stop someone who was born to become one of the greatest guitar hero of our time! SRV explains, he bought another copy and resumed his practice. Vaughan considered Mack one of his “very big influences“.

Mack used a Bigsby vibrato tailpiece on “Wham!” and several other tunes to achieve sound effects so distinctive for the time that guitarists began calling it the “whammy bar“.

When the two first met in 1978, SRV was performing at the Rome Inn and Loonie Mack checked him out after hearing SRV had been covering his songs.

His reaction? “He was playing it right. I’d been playing it wrong for a long time and needed to go back and listen to my original record.”

These two jam together like no other, and once again, Stevie’s collaborations are nothing short of spectacular!