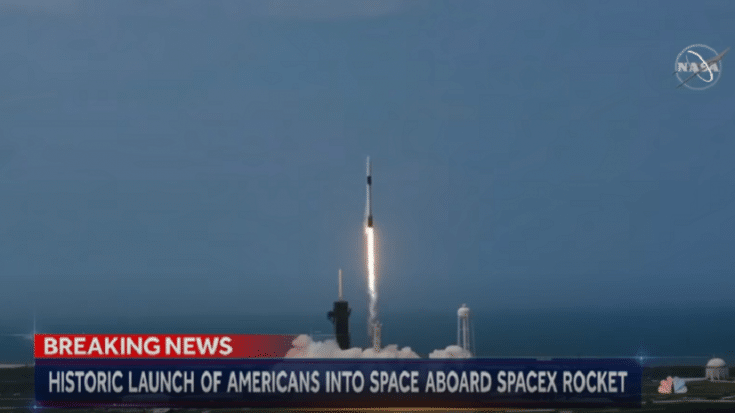 History was made on Saturday, May 30 when two NASA astronauts Doug Hurley and Bob Behnken were launched into the Earth’s orbit on SpaceX’s Crew Dragon spacecraft. And apparently, they blasted classic rock music on their space mission.

On their way to the launchpad at NASA’s Kennedy Space Center, they played the AC/DC anthem “Back in Black” to hype them up. According to SpaceX commentator Lauren Lyons, Hurley and Behnken chose the track because it’s been nine years since astronauts were launched from launch pad 39A and so in a way, it points out that “they are back.”

And then on Sunday morning prior to the docking procedure with the International Space Station, the pair woke up at 4:45 a.m. ET to Black Sabbath’s “Planet Caravan.” It seems that Behnken is a huge fan of heavy metal music since during his 2010 Space Shuttle mission, he woke up to Tool’s “Parabola.”

They’re set to remain onboard the ISS for three months.

During the telecast, CNN’s John Berman couldn’t help buy report: “We were told the astronauts listened to ‘Back In Black’ from AC/DC on their way to the rocket. In that vein, let’s just say, for those about to launch, we salute you.”