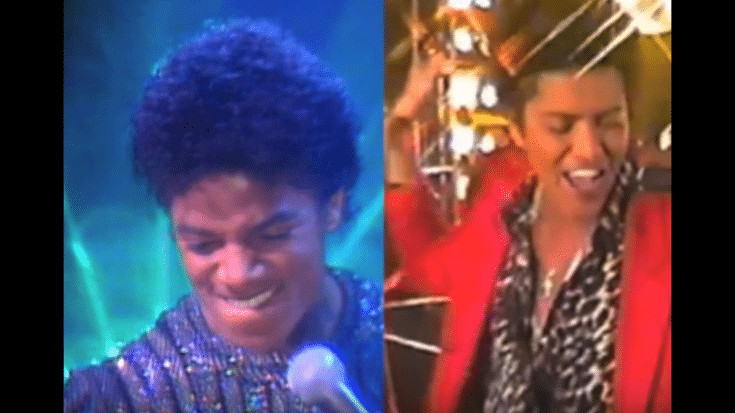 Put This On Loop

Let me just get this out there. Whoever created this deserves a pat in the back because this is undeniably goooood! After paying tribute to Michael Jackson and performing several cover versions of MJ’s songs, I already knew Bruno Mars has a similar voice to the King of Pop. But this mash up proves not only that but also how two songs (MJ’s “Rock With You” and Mars’ “Treasure”) go so well together.

Bruno Mars: “Yeah, I mean I feel like I gravitate more towards singers with high voices, so growing up, I always used to listen to Michael Jackson, The Police, Led Zeppelin, Stevie Wonder, Freddie Mercury, guys with high voices, because they’re the songs that I sing along to.”

Especially with his latest album, Mars will remind you of MJ. But that’s not a huge surprise given that he was heavily influenced by MJ. Still, this mashup is pretty amazing.