Someone Just Asked Robert Plant The 1 Question He Hates Most, And He Was. Not. Having. It. 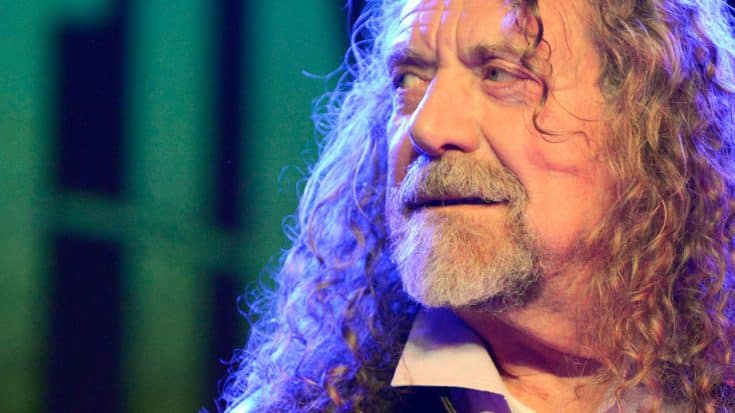 Plant Makes His Stance Perfectly Clear – Once And For All

If you’re wondering whether or not Led Zeppelin’s 50th anniversary celebrations will include a reunion, don’t; in fact, don’t even think about asking Robert Plant about it.

The 69-year-old rock legend sat down with Esquire for a far-ranging interview, gladly and graciously talking about his solo career and the 21-date tour in support of his 2017 release Carry Fire. Warm and welcoming as always, Plant made one thing perfectly clear: he’s really, really sick of being asked whether Led Zeppelin will reunite. Which isn’t necessarily new; Plant is notorious for shutting down any possibility of reuniting with Led Zeppelin, but this time was different.

RP & the Sensational Space Shifters will be playing at the Festival de Carcassonne on 25th July 2018. Tickets go on sale at 10am (CET) on Tuesday Dec 19th.

He actually explained why, reasoning that to look back at Led Zeppelin would make him “a whore”.

“…you don’t even have to talk to me if all you want to know about is Led Zeppelin,” Plant begins. “Thirty-eight years ago, John Bonham passed away, that’s all I know.

That’s it. That’s the story. You know, Led Zeppelin was an amazing, prolific fun factory for a period of time, but it was three amazing musicians and a singer living in the times. Those times. That’s not going to stop me doing what I’m doing now. So that’s a headline, or not a headline. It doesn’t matter to me.”

When you really think about it, Plant’s answer makes sense. At nearly 70, he’s done it all and seen it all several times over; there’s really no point in going back to any of it for anything other than a cash grab and if you’re anything like Robert, you’re not driven by money or accolades for something you’ve already achieved. It’s the pursuit of creativity and the joy of discovering new things – something Plant says is “not with Led Zeppelin.”

“For me, my time has got to be filled with joy and endeavor and humor and power and absolute self-satisfaction. That’s not with Led Zeppelin. That’s doing what I’m doing right now, with this band, on this tour.”

Much as we’d love to see one last Led Zeppelin reunion, we can understand Robert Plant’s desire to keep looking ahead; after all, why one success take away his right to growth and movement? In the meantime, be sure to check out his stuff with The Sensational Space Shifters; these guys are every bit as next level as Robert says they are, and their live performance of “Carry Fire” gives new meaning to the word ‘fierce’. Enjoy!