Some Of Ringo Starr’s Favorite Songs 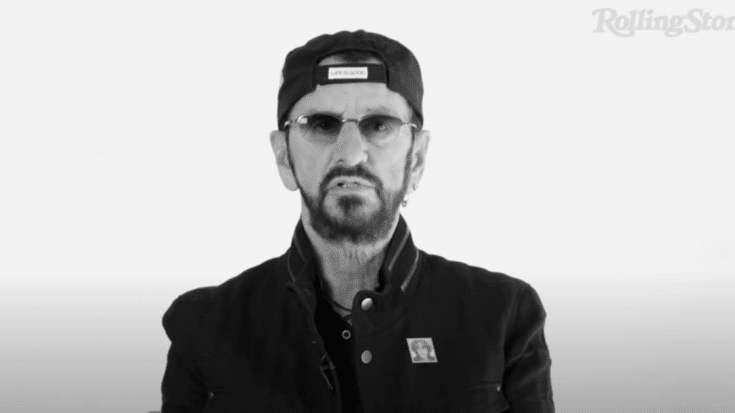 There may be plenty of jokes about Ringo Starr and how he essentially won the lottery when he landed The Beatles gig but we can all agree that it’s not sheer luck that made him a household name. Sure, he’s not as flashy, manic, and technically proficient as other drummers of the 1960s but like what we always say, he suited The Fab Four’s sound and he complemented his bandmates.

Also, he has become one of the most consistent and reliable rock acts. He was the last member of The Beatles to be inducted into the Rock and Roll Hall of Fame in 2015 and at 80 years old, he’s still not slowing down and not even remotely close to retiring.

Along with the rest of The Beatles, they have churned out some of the greatest and most unforgettable songs of all time but for now, we’re going to explore Ringo Starr’s personal favorite songs. In a 2009 interview with ABC News, he discussed his favorite tracks including those that influenced and inspired him.

Presley’s biggest selling single and a staple in his live repertoire, The Beatles covered it from 1959 to 1961.

Starr recalled, “I was working in this factory and I took this girl to the movies because I had no money. The only seats left were two in the front, and we’re in the front row and, haha, [I was] trying to impress her in the front row. She worked in the office of the factory I worked in, and, anyway, the date didn’t go well. And I snuck up into her office, and on the dictaphone I recorded ‘Don’t Be Cruel.’ So that’s an important song. And Elvis was the best, Elvis the King.”

Little Richard heavily influenced rock acts of the ’60s, Ringo Starr included. Starr said, “Little Richard … was sensational. And the power of it, when you’re a kid in Liverpool, of this guy in a band, and he was so just like, ‘Whooo,’ so strong. And it was great. The whole thing about Little Richard was great. And rock ‘n’ roll is so important to me, and he is certainly an icon of rock ‘n’ roll. He’d probably say, ‘the icon.'”

Most Beatles fan agree that this is their best B-side. Starr has repeatedly said in interviews that it’s one of his favorites. He once mused, “I feel as though that was someone else playing – I was possessed!” He also admitted, “I think I just played amazing. I was into the snare and the hi-hat. I think it was the first time I used this trick of starting a break by hitting the hi-hat first instead of going directly to a drum off the hi-hat.”

Bob Dylan – “When the Deal Goes Down”

Starr called it “a beautiful love song” and added that “He [Dylan] moves me on that record. That’s why I like it. If it moves me, it’s the sentiment of the record and how he says it. But no one else can say it like that. … We met him in the ’60s in New York. We just sort of bumped into him ever since. He’s just an incredible artist that is well-placed in the musical history of American music and world music, so I put Bob down because of all of that. You couldn’t do a list without mentioning Bob.”

Taylor Swift – “You Belong With Me”

It’s a rather unexpected choice but Starr revealed, “I love Taylor Swift, that’s just how I am. I love her. … And you know you can’t doubt the Black-Eyed Peas, that’s pretty powerful. But there’s hundreds of bands out there. You really can’t, I can’t hear them all. I didn’t [hear] all the acts in the ’60s or the ’50s, you know, you have to listen to what you listen to.”