Slash Who? She Gives Slash A Run For His Money With Killer “Sweet Child O’ Mine” Guitar Solo 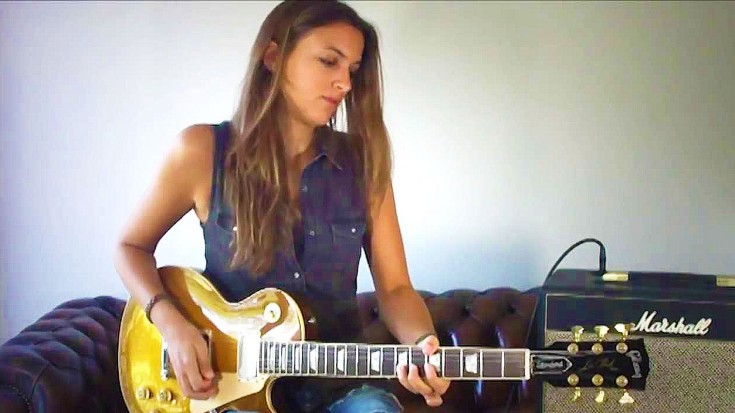 Just when we think French guitar sensation and Guns N’ Roses fan Laura Cox couldn’t get any better, she goes ahead and outdoes herself – and this cover is no different! This time our favorite guitarist, armed with her Epiphone Les Paul, took on Slash’s iconic solo from Guns N’ Roses ‘Sweet Child O’Mine’ and absolutely nailed it; in fact, if you shut your eyes and rely only on what you’re hearing, it’s pretty easy to mistake this young lady’s rendition for the version heard on Appetite For Destruction.

Already a big sensation in France for her phenomenal live shows, Laura’s blend of Southern rock and hard rock have resulted in her first major release entitled Cowboys And Beer.

That opening note is always an awesome indicator of how well a cover of this solo is going to go for the guitar player, and in Laura’s case she hit that first note perfectly, making for a cover that even Slash would have to tip his top hat to!