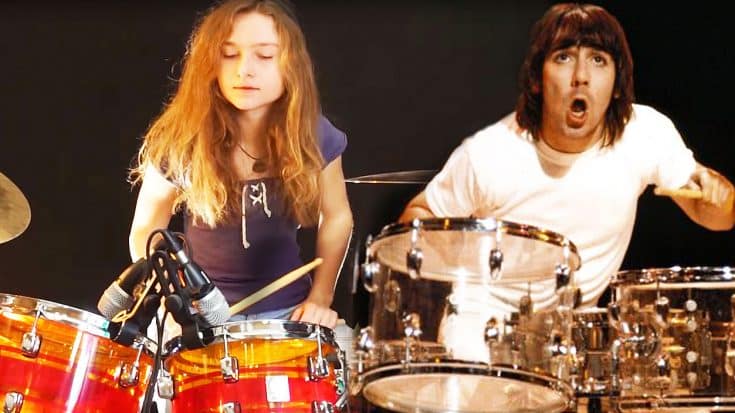 In the history of rock n’ roll it’s hard to think of anyone who emulated the rockstar lifestyle more than Keith Moon. Not only was he a legend on the drums (arguably the second best of all-time), but he was heavily into partying. Unfortunately, the partying eventually caught up to him and ended up taking his life. But that hasn’t stopped people from paying homage to this legend!

If you’ve actively followed this page for a while, you’ve probably become familiar with Sina. Sina is one of the best drum-prodigies we’ve found on the internet, and she continued to impress us with this epic cover of The Who’s “Pinball Wizard.” The fills that Sina pulls off in this are ridiculous, and she does Keith Moon proud with her impecable skill!

Check out Sina’s ridiculous cover down below, and let us know what you think!