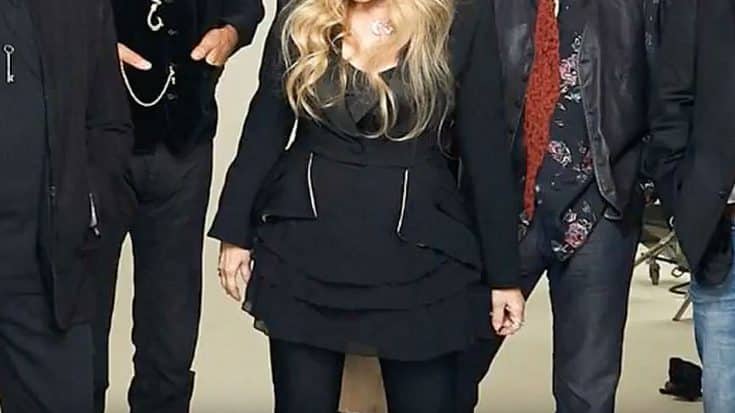 With a massive tour on the horizon and a brand new lineup to share with the world, seminal rock act Fleetwood Mac are revitalized and ready to rock once again following the sudden exit of guitarist Lindsey Buckingham. Faced with the task of filling the massive shoes left behind, Fleetwood Mac turned to friends and family for help, enlisting Tom Petty and the Heartbreakers alumni Mike Campbell and Crowded House frontman Neil Finn to round out their lineup.

Though they’ve been quiet since news broke of Mike and Neil’s arrival, all of that changed with this morning’s interview with CBS This Morning’s Anthony Mason. It gave us the first glimpse at what the newest incarnation of Fleetwood Mac looks like and guys, they look amazing!

“This is absolutely a new band. This is the new lineup of Fleetwood Mac.”

What a good looking band – and don’t even get us started on how perfectly Mike and Neil fit right in!

As excited as Stevie, Christine, Mick and John must be to have Mike and Neil onboard, we’re chomping at the bit to hear what Fleetwood Mac sounds like now with these two rounding out the mix. The brand new energy they bring to Fleetwood Mac, paired with their own vast musical legacies, can only mean one thing: new music is on the horizon.

And don’t call it a flash in the pan; Mick Fleetwood stressed that Fleetwood Mac you see before you is a brand new band, with a brand new sense of purpose when it comes to making and creating music together.

“This is absolutely a new band,” he said. “This is the new lineup of Fleetwood Mac. Both these gentleman have a legacy of their own, they don’t need to have a calling card.”