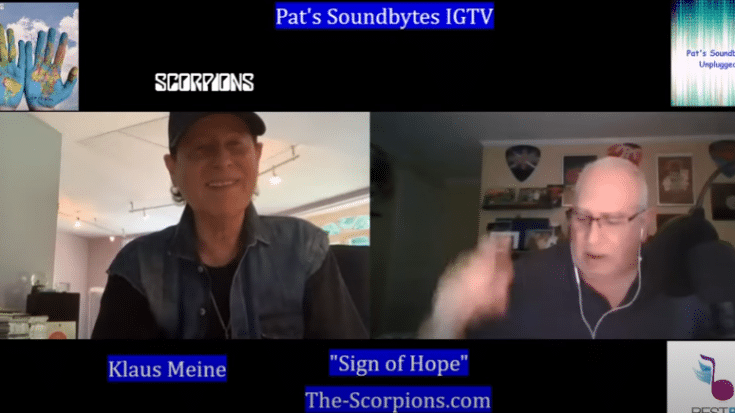 They “Made Great Progress”

Scorpions frontman Klaus Meine has shared an update on the band’s upcoming album – the follow-up to 2015’s “Return to Forever.” He also talked about how the coronavirus pandemic has affected their 2020 plans. But on the brighter side, they “made great progress” on their latest studio effort while on quarantine.

In a new interview on Pat’s Soundbytes Unplugged – Podcast Radio Show, Meine told Patrick Calamari: “It’s such a bummer. Right now, we were supposed to be in Las Vegas to play a residency at Planet Hollywood. And we were so excited about this plan. And since, in 2020, we are focusing on making a new album, the plan was to go to Los Angeles in May and June to work with our producer Greg Fidelman, who used to work with all those great bands like Metallica and Slipknot. So we wanted to be in L.A. in May and June, and then go over to Vegas, play the shows. And for the off days, we booked a studio in Vegas already for the guitar players to go in and lay some tracks down and then maybe go back to L.A. in August. So now we’re here, we’re stuck in the lockdown and we’re stuck in Germany, and it’s not so easy. It’s pretty crazy. But the good thing is, through this Zoom thing, there is a way to work.”

He added, “And we made great progress with the record, believe it or not. So it’s pretty crazy, but it’s been working so far very well.”