Santana Praises Adele, And Reveals Why He Thinks She Won The GRAMMYs Album Of The Year! 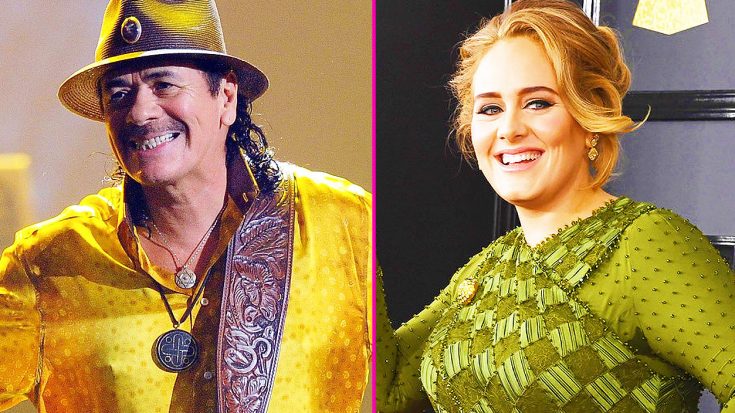 Since the conclusion of the 59th GRAMMY Awards that happened on Sunday night, there has been debate and discussion over the biggest award of the evening: Album of the Year. Adele’s album 25 won over Beyonce’s Lemonade, and people were confused and not happy. Even Adele herself was shocked that Beyonce didn’t win the award.

Guitarist and singer Carlos Santana spoke out amidst all of the debates, and offered his opinion on why Adele won the award over Beyonce.

“Adele can sing, sing. She doesn’t bring all the dancers and props, she can just stand there and she just stood there and sang the song and that’s it, and this is why she wins.”– Santana said.

Santana was criticized for these comments, as many took them out of context, and thought he was saying Beyonce “can’t sing.” Santana later reiterated that he holds the same amount of respect for Beyonce, and that she too could have easily won the award.

“I have the utmost respect for her as an artist and a person. She deserves all the accolades that come her way. I wish Beyonce and her family all the best.”– Santana stated.

Check out Adele’s GRAMMY tribute to George Michael down below.