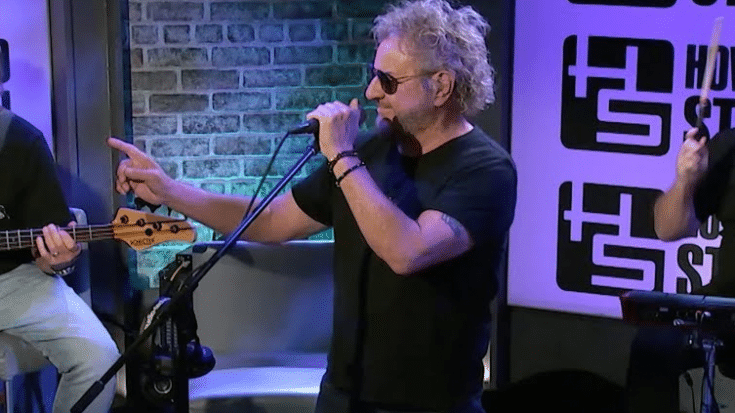 He Said It Was “The Biggest Peak Of My Career”

In a new interview with UCR, Sammy Hagar expressed his belief that Van Halen attempted to “bury” the material from his era. He was with the band for a decade.

“They pushed everything from the Roth era, because they were doing that reunion. Understood,” he continued. “It’s such great material. All number-one albums. You know, 50 million records.”

“I don’t care how proud I am of my own stuff, I can’t ignore that,” he added. “That’s the biggest peak of my career. But I don’t exploit it too much.”

During his concerts, he often mixed material from his time with Van Halen along with songs with his band the Circle. He also pointed out that the audience reaction is always positive whether the songs he play are Van Halen’s most popular hits or rarities.

“We’ve added some really deep tracks recently and, man, it doesn’t matter which song you play – it ain’t just the hits,” he explained. “They’re not just ‘Why Can’t This Be Love.’ You play ‘Humans Being’ and the place goes fuckin’ nuts. They know every word. So we’re going, ‘Man, this stuff is golden.’ It’s never gonna die, and we’re not gonna let it.”