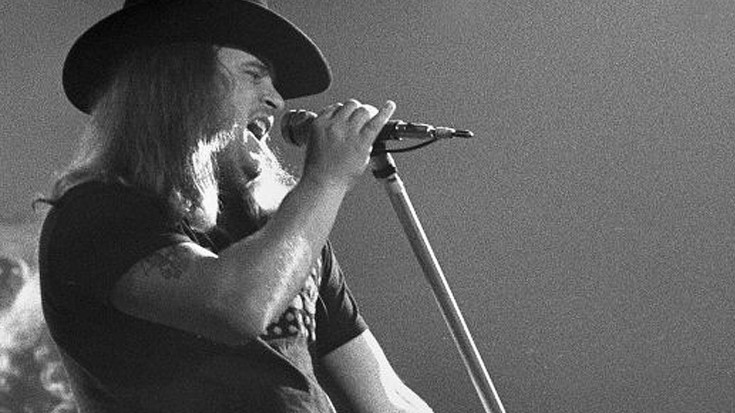 “And This Bird You Cannot Change…”

Perhaps one of the best things about Lynyrd Skynyrd’s Ronnie Van Zant – and the thing that makes us miss him the most – is the fact that when he sang, his voice held a level of honesty that made you believe in his dreams, and somehow want to make his dreams your dreams, too. “Free Bird” is widely regarded as one of his greatest contributions to the music world, and it’s in this stunning studio recording of his vocal track that we’re able to really hear the Ronnie that had big dreams and wondered how his life would change when he achieved them.

According to guitarist Gary Rossington, Ronnie penned the lyrics to “Free Bird” in just three or four minutes after hearing the same few chords played by Allen Collins, using a poignant question posed by Collins’ then-girlfriend Kathy as the song’s opening line: “If I leave here tomorrow, would you still remember me?”

Fun Fact: No one – neither the band or their record label – thought “Free Bird” would be a hit. In fact, the label didn’t even want it on their album, saying it was “too long”.

For all the confidence and showmanship he possessed when he took the stage, there’s something incredibly intimate and almost hesitant about the way Ronnie recorded “Free Bird” that just makes you want to sit down and have a beer with the quiet boy from Jacksonville who wanted the world.