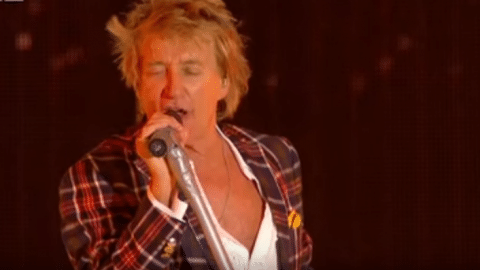 Sounds As Good As He Ever Was!

Just this June, Rod Stewart released an original song from his “Another Country” album — the Celtic-influenced “Love Is.” Rod looks like he’s having so much fun! He wrote and produced this track himself. He shows no signs of slowing down and we’re all more than happy to hear something new from him.

The mid-tempo track features Stewart’s earthy voice over acoustic guitars, violins and group background chants, creating a Celtic vibe not unlike early Mumford & Sons music. The track stands out immediately as one of Stewart’s catchiest songs in years.

Everyone loves this uptempo love song. Rod’s ageless vibrancy is hands down amazing. Add that to his distinctive raspy voice! What a beautiful ballad — it made us want more!

“When my last album was so well-received, it gave me the confidence to keep on writing, and to examine and write about different things,” he explains in a press release. “It also gave me the freedom to experiment with different sounds like reggae, ska and Celtic melodies.”

Rod Stewart only gets better with age!