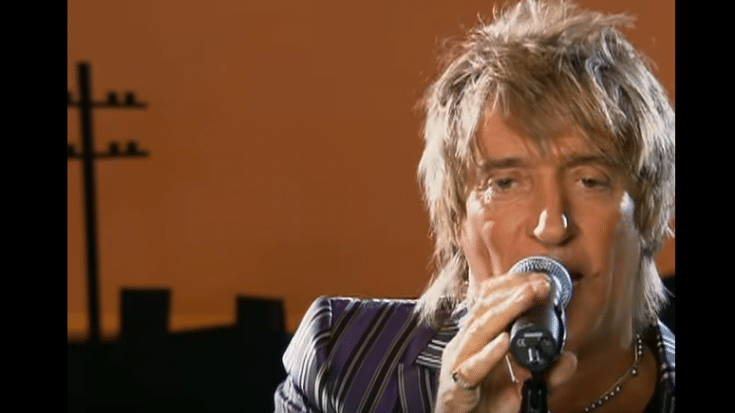 His Participation Wasn’t So Much About The War

Rod Stewart admitted to BBC2’s Reel Stories that he joined the Aldermaston Marches in support of the Campaign for Nuclear Disarmament not because he was concerned about the war but because he wanted to meet women. He even got arrested at a sit-in.

He said, “We used to all go on the CND marches. I used to do it to get shagged. I didn’t care about the war actually. It was just rebellion, that’s all it was. You had to be smelly, though. You had to wear corduroy trousers for months and it really smelled. Don’t change your underpants. It was disgusting.”

Even so, he always made sure his hair was well-kempt. He added, “On the Tube, all us were going down there holding on our bouffant haircuts because when you go down the escalator the train comes in and there’s an awful wind that comes up. So [there would be] six or seven of us all going down holding our hair. Even then I used to have it back-combed.”

Meanwhile, plenty of other rockers are announcing or kicking off their retirement tours but Stewart isn’t sold on the idea because he believes “that’s when you start thinking “I’ve got nothing to do” … I don’t want retirement. I refuse to use the word.”