Rock Legends That Are Known To Party The Hardest 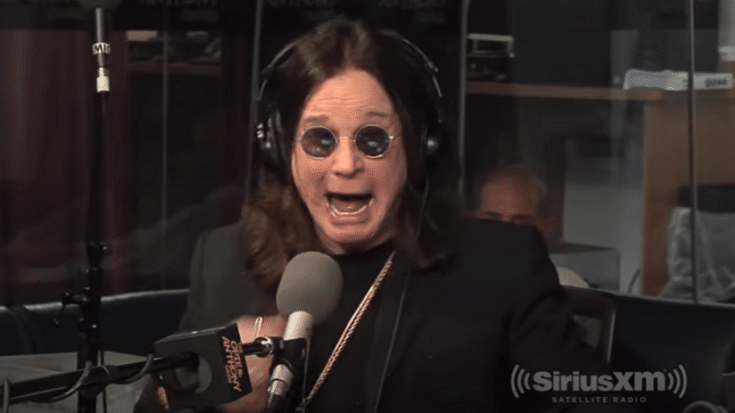 Life in the Fast Lane

When you’re a rockstar, wild parties and drugs are somehow par for the course. Those who don’t live a hedonistic lifestyle while they’re at the proverbial top are basically unheard-of. From Led Zeppelin to Black Sabbath and every other rock act in between, they all acted as though they had second lives. But even among hundreds of hard partiers, there are still who managed to stand out.

These ten rock legends earned the reputation of going overboard when it came to parties:

In Drew Fortune’s book, No Encore!: Musicians Reveal Their Weirdest, Wildest, Most Embarrassing Gigs, the Jane’s Addiction guitarist revealed events that happened during his “drug days” and admitted “it’s certainly not a version of myself” that he wants to revisit. Navarro said, “I developed a system where I would extract blood without anything in the syringe. I’d spike the vein and pull out a syringe full of blood, which led to loads of fun over the years.” He once emptied a syringe full of blood on the bathroom mirror at Marilyn Manson’s house. Even Manson himself got freaked out by it.

Rockstars are known for trashing their hotel rooms but Billy Idol took it to the next level at the penthouse suite of the Oriental hotel in Bangkok, Thailand. He went on a three-week-long drugs and sex binge. He ended up with a staggering bill of $250,000 including the damages. When he refused to leave, the local military had to step in to forcibly remove him from the premises.

One of the greatest drummers of all time, it was Bonzo who added more depth and flavor to Led Zeppelin songs. On stage, he was a madman but eventually, the rockstar life took a toll on him. For one, he absolutely hated flying and it made him physically sick. He enjoyed drinking beer even when he was still a teen but as they continually rose to the top, Bonham became wilder and more destructive.

The truth, however, was that he suffered from panic attacks prior to each show and he only confessed it to his close friends. He was found dead on September 25, 1980 at Jimmy Page’s house. According to the coroner’s report, they found around 40 vodka shots in the drummer’s system.

When he released his memoir Rod: The Autobiography in 2012, Rod Stewart revealed that after “Faces” bandmate Ron Wood’s nasal passages were damaged because of cocaine use, they found a new way of taking the drug. Stewart said, “So we started buying anticold capsules from the chemist’s, separating the two halves of the capsules, replacing their contents with a pinch of cocaine, and then taking the capsules anally, where, of course, the human body being a wonderful thing, they would dissolve effortlessly into the system.”

Mötley Crüe’s escapades have been well-documented over the years. On June 15, 1983, the band just finished recording their second studio album “Shout at the Devil” and so they celebrated with a huge amount of drugs. Bassist Nikki Sixx along with drummer Tommy Lee snorted coke all afternoon and then decided to drive his Porsche naked. Driving at over 90 miles per hour, he crashed into a telephone pole and totaled his beloved car. Miraculously, he only suffered a shoulder injury. And to cope with the pain, he began to smoke heroin.

Another Mötley Crüe member who’s widely known for partying hard, frontman Vince Neil was on a drinking spree with Hanoi Rocks drummer Razzle on December 1984. They needed more booze and though Neil was heavily intoxicated, he decided to drive his orange-red 72 Ford Pantera sports car and make a run to the liquor store along with Razzle on the passenger seat. Neil lost control while driving on a wet spot and smashed into another car. All parties involved suffered serious injuries except Neil who came out of the accident with only cracked ribs and minor facial cuts. Razzle was pronounced DOA.

The Rolling Stones guitarist is notorious for his drug and alcohol addiction. He spent most of his years living a life of excesses. By the 1970s, he’s been involved in several drug busts. At this point, no drug story should be shocking anymore right? Wrong. In 2007, Richards revealed U.K.’s New Musical Express, “The strangest thing I’ve tried to snort? My father. He was cremated, and I couldn’t resist grinding him up with a little bit of blow.” He further told Life, “As I took the lid off of the box, a fine spray of his ashes blew out on to the table. I couldn’t just brush him off, so I wiped my finger over it and snorted the residue.”

Steven Tyler and Joe Perry’s penchant for substances is what earned them the name Toxic Twins. Tyler wrote on Rolling Stone, “I’d been getting high since I was sixteen.” In 2018, Tyler also admitted that he spent $2 million on drugs. He even added, “I snorted half of Peru.”

Where to even begin with Ozzy Osbourne? He snorted a line of ants, drove his first wife Thelma to the hospital to give birth while he was drunk, urinated on the Alamo, accidentally drugged a vicar who visited his house, bit a dove’s head off while at a meeting with CBS Records executives, and also bit off a live bat’s head.

On his 21st birthday, The Who drummer Keith Moon drove his car into the swimming pool at The Holiday Inn in Flint, Michigan. He also slipped on marzipan from his birthday cake, fell flat on his face, and knocked out his tooth. Moon had the habit of trashing hotel rooms, putting explosives on his drum kits, and playing practical jokes on pretty much everyone.