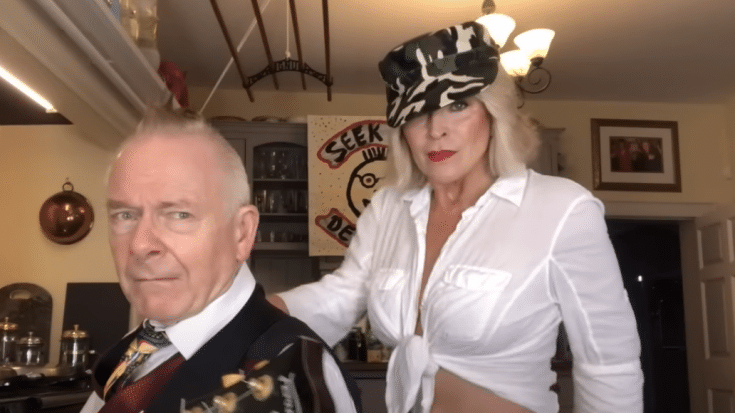 Toyah Willcox and King Crimson’s Robert Fripp did a stripped-down spin on Metallica’s “Seek & Destroy,” on their Sunday Lunch.

The two have been doing in-the-kitchen covers for about two years now and it all started during the lockdown. They’ve been doing several covers of different songs coming from Guns N’ Roses and Led Zeppelin to Alice Cooper and Foo Fighters.

Unlike traditional cover songs, Willcox’s unique personality and Fripp’s steadfast chops are always expected by the fans. That’s exactly what they did on the cover of “Seek & Destroy.”

For the record, it was not the first time Fripp and Willcox covered a song from Metallica. Last January 2021, they already did “Enter Sandman,” which is Fripp’s favorite song at that time. However, when Willcox mentioned Alice Cooper’s “Poison” as her favorite, Fripp explained:

“I mean, they’re all utterly stunning things. I’m blown away by the original guitarists on these tracks. Phenomenal development and playing primarily since the late Seventies and early Eighties, Van Halen onwards. Steve Vai, Satriani, the Metallica boys … The originators of the riffs are phenomenal players. I go back, listen to the original versions on record, see live performances, look at different interpretations and guitar covers on YouTube. Then I have to honor the spirit of the music while making it my own.”

Watch their new cover below.