Rob Trujillo’s Son, Tye, Is Grown Up And Following In Dad’s Footsteps – You’ve GOT To Hear This Kid Play! 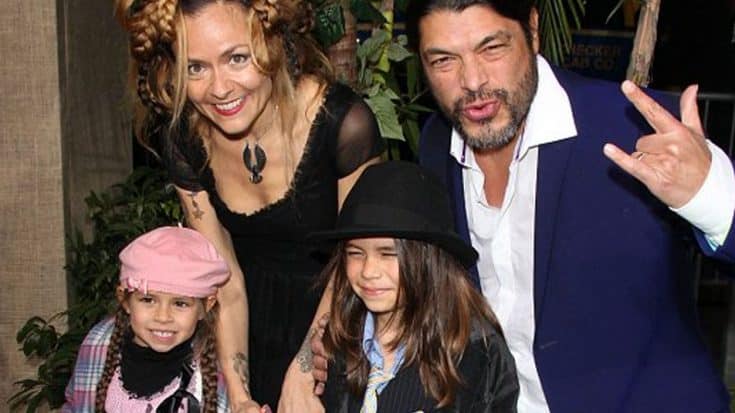 With a brand new album under their belts and a multi million dollar tour just on the horizon, Metallica have quite a lot to be thrilled about these days – but bassist Rob Trujillo is especially over the moon as he watches son Tye gear up for his own musical adventure as he preps for a South American tour with nu-metal rockers, Korn.

Just 12 years old, it’s pretty clear that Tye is well on his way to forging his own musical legacy; he’s spent the last few years playing bass in a Southern California band called The Helmets, and he’s no stranger to Metallica fans who have seen the youngster share the stage and trade a few licks with his old man.

Seen here jamming away in a small studio with proud papa Rob just out of frame, Tye isn’t just a wizard with a bass guitar just shy of too big for him in his hands – he’s a normal 12 year old kid whose passion for music rivals his dad’s and with his long hair, mega watt smile, and insane energy that finds him running all over the place and still never missing a single note, we can’t wait to see what the future holds for this talented young man.

Fun Fact: Tye started with the drums then a plastic little guitar.