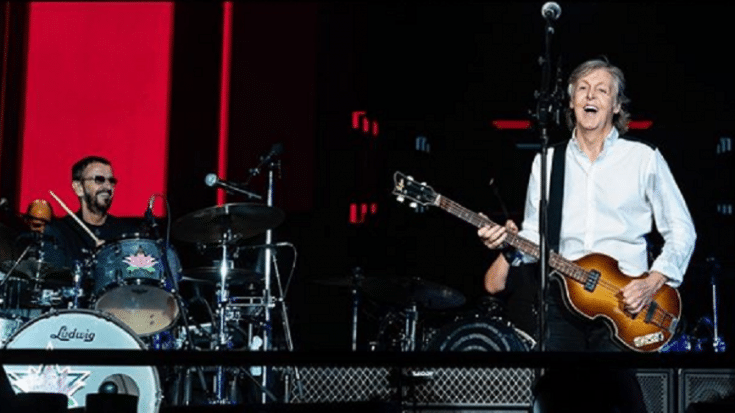 Paul Got A Little Help From His Friends

It’s the reunion we all wanted – the two surviving members of The Beatles together on stage again. During the last stop for Paul McCartney’s Freshen Up tour, he brought out a special guest to the delight of the audience. For his Saturday night show last July 13 at Dodger Stadium in Los Angeles, Ringo Starr joined Macca to perform two of The Beatles’ most unforgettable tunes.

Starr responded with, “Ready to rock. Peace and love, everybody. (They’re) bringing out me drums.”

The last time they performed together at that venue was over fifty years ago on August 28, 1966. There were audience members who were hopeful for this number because during the show, Starr and his wife Barbara Bach were seated at the VIP section and left early halfway through. They hoped but not one expected this.

After the performance, they both hugged each other and Starr said:

Aside from Starr, The Eagles’ Joe Walsh was also a guest and helped McCartney end the concert with a fitting song – The Beatles’ “The End”.

Check out the videos below…