Remember When Anthrax Covered “Carry On Wayward Son”? Kansas Heard It, And You’ll Love Their Response 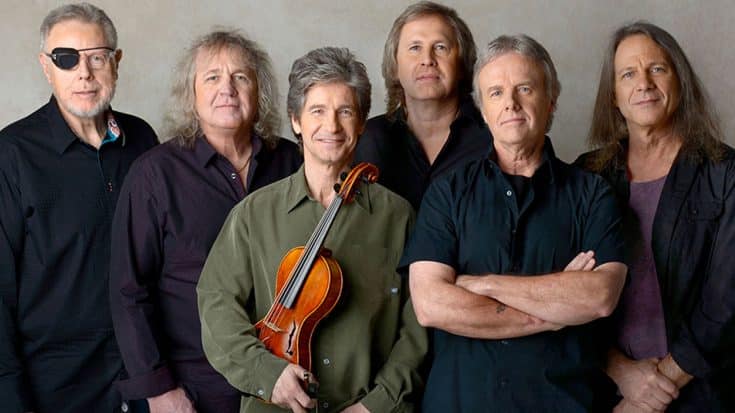 Covers can be tricky waters to navigate; there’s either the risk of alienating your fan base, the fan base of the original artist to whom the song actually belongs, or worse – alienating the artist. New York thrash legends Anthrax were up against a wall when they decided to tackle Kansas’ 1976 classic “Carry On Wayward Son,” determined to do one of their favorite songs justice and facing these very challenges as a band known more for their hard hitting, fast paced brand of rock and roll – but against all odds, they did it and absolutely knocked it out of the park.

Critics and fans aren’t the only ones who agreed that Anthrax’s take on “Carry On Wayward Son” was faithful and beautifully done; Kansas’ own Phil Ehart chimed in on the cover, revealing that not only did he listen to it but that he was ‘flattered’ and ‘impressed’ by the job the New York rockers did.

“I listened to it and I was very impressed,”Ehart says.“And flattered that those guys would do that. It’s pretty cool. We’ve had a lot of covers over the years. We always appreciate that.

I mean, we always appreciate them staying somewhat close to the original, but that’s up to them. I just had a lot of fun listening to [someone else] interpret it, and man, they rocked right through it. They’re a great band, so it’s not like it would have been anything less.”

That wasn’t the only thing Phil Ehart was a fan of, though. As fun as they are talented, Anthrax crafted their very own version of Kansas’ Leftoverture album cover – done Anthrax style, of course – and earned yet more praise from the Kansas drummer who sees glimpses of himself and his bandmates in the younger band. “They’ve got a sense of humor, and they’re not taking it too seriously,” he says. “That’s us all of the way.”