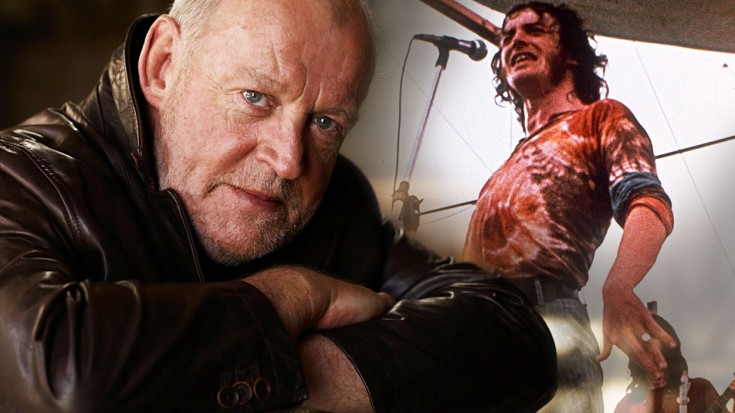 On December 22, 2014 one of the greatest voices in the world was silenced when Joe Cocker passed away after a lengthy battle with cancer. Known for his gritty, soulful voice and spasmodic body movements onstage, Joe seamlessly blended elements of soul, rhythm and blues with rock and roll to create something uniquely his own, touted from coast to coast and one end of the earth to the next as one of the “greatest rock/soul singers to ever come out of Britain”.

Born in 1944, we first fell in love with Joe as a 25-year-old, tie-dye clad young man onstage at Woodstock on a sweltering August Sunday in 1969. Following a world class cover of The Beatles’ ‘With A Little Help From My Friends’ that would go on to be the single most career defining performance of his life, Joe would go on to enjoy a wildly successful solo career following his departure from the Grease Band later that year and for the next 40 years was a welcome guest on any stage worth performing.

Fun Fact: ‘With A Little Help From My Friends’ wasn’t the first Beatles song to receive the royal treatment from Joe! The first was ‘I’ll Cry Instead’, released with little interest in 1964.

To say that Joe Cocker’s death was tragic is an understatement; in fact, his was a tremendous loss to the world and as one of the few remaining links to the single greatest music movement in modern history, Joe was a critical part of an era we’ll only get to know through books before long. In honor of a life well lived, let’s remember Joe with the performance that catapulted him into legend – his iconic ‘With A Little Help From My Friends’ performance from Woodstock in 1969.

Thanks for helping us get by all these years, Joe. Rest in peace.