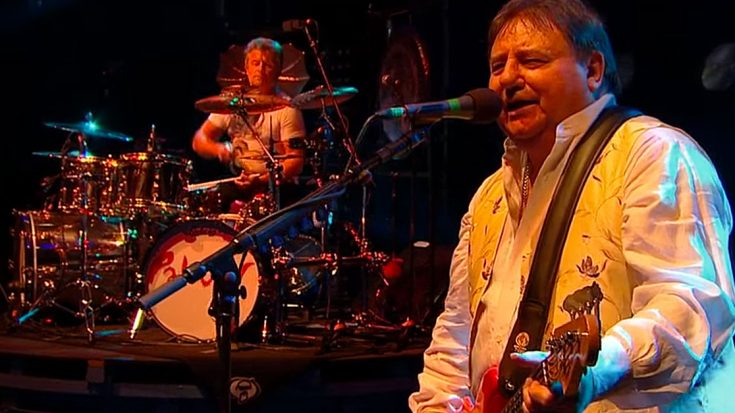 2016 is winding down to its last days, and not a moment too soon; it’s claimed the lives of some of rock’s best and brightest, most recently Greg Lake of prog rock giants Emerson, Lake & Palmer after what his bandmate Carl Palmer calls a “long and stubborn” battle with cancer. Just months prior to Lake’s death at the age of 69, he joined Palmer in mourning the death of their bandmate Keith Emerson, who died in March from a self inflicted gunshot wound following a struggle with depression and a degenerative nerve condition that threatened his ability to perform.

With only Carl Palmer left, it’s safe to say that Emerson, Lake & Palmer are nothing more than a memory. If we’d known that the band’s 2010 40th anniversary concert at the High Voltage Festival was to be the last time we’d ever see them onstage together, perhaps we might have absorbed that bit of magic a little differently. The energy surrounding the venue that evening held a note of finality to it; in the footage you’re about to see, Emerson, Lake & Palmer are in rare form and looking as if there’s nowhere they’d rather be than onstage together, jamming “Welcome Back My Friends” on a balmy July evening.

If you missed the magic the first time around, never fear – we’ve got footage from what was to be the band’s final show together and in true Emerson, Lake & Palmer fashion, it’s really something special. Give it a spin and join us in remembering the lives and careers of Greg Lake and Keith Emerson!