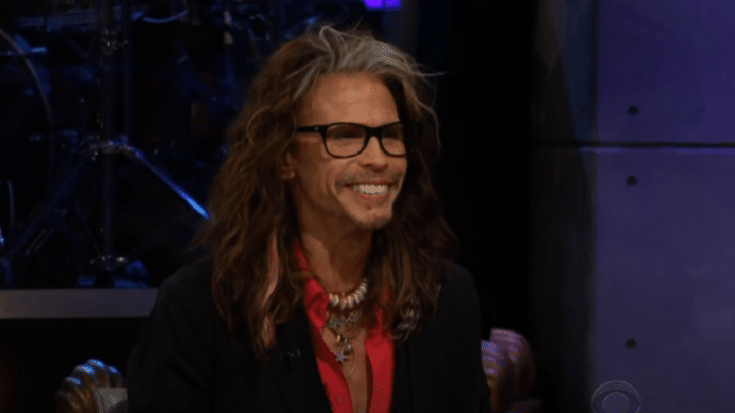 He Bared It All

In 2011, Aerosmith frontman Steven Tyler released his rock ‘n roll memoir titled “Does the Noise in My Head Bother You?” and as expected, it caused quite a stir because it’s Steven Tyler. He revealed pretty much every single thing about his life whether it’s his drug use or his well-documented hedonistic lifestyle. He never shied away from talking about his outrageous and wild behavior on and off stage.

And so here are five revelations from his book that amused, shocked, and horrified us.

5. He was raised a Catholic but he practiced sex magick from Mr. Aleister Crowley. Tyler claimed he channeled the power of mutual orgasm. He said, “I’ve practiced Crowley Magick so I know it works” but he added that “I’m not saying that every girl I slept with came at the same time or that I asked her to pray for the same thing I was praying for; namely that Aerosmith would become the greatest American band.”

4. He’s never been shy about his sex life and when he was young, he once had a homosexual tryst. He admitted, “Gay sex just doesn’t do it for me. I tried it one time when I was younger, but just didn’t dig it.”

3. Led Zeppelin guitarist Jimmy Page contacted him in 2008 as he planned to form a band with former bandmate John Paul Jones along with Bonzo’s son, Jason Bonham. They only rehearsed once and Tyler “soon realized it wasn’t going to work. Not that I couldn’t sing the stuff, I could do Led Zep in my sleep, but I wasn’t Robert Plant, and Robert wasn’t anything like me. Fans want to hear ‘Percy’ [Plant’s nickname] wail on ‘Whole Lotta Love,’ ‘Communication Breakdown,’ etc. It never would have been the same.”

2. Aerosmith may be cool and all but their road crew weren’t always huge fans. Tyler revealed, “I found out years later (through a crew member confessional) that when the techs would get pissed off at the band, they’d wipe their ass with the bologna and put back on the deli tray.”

1. Aerosmith, particularly The Toxic Twins, lived a life of excesses back in their heyday. But they didn’t just do drugs after their concerts or gigs. According to Tyler, “Joe [Perry] had vials of coke with straws in them at the back of the stage, and when the lights would go out he’d go over there like he was checking something or making a guitar change and [a roadie] would put the straw in his nose; he’d take a hit, then the lights would come on again.”